The owner of one North Texas restaurant said customers stepped up to help him with COVID-hurt business. Now, he wants to return the favor. He was able to get baby formula from his food distributor and is giving it away to those in need.

MANSFIELD, Texas - As families struggle with finding baby formula, manufacturer Abbott has reached a deal with regulators to restart production at a facility that is tied to the nationwide shortage.

Meantime, local organizations are doing what they can to help families with resources.

The owner of a North Texas restaurant said customers stepped up to help him with COVID-hurt business. Now, he wants to return the favor. He was able to get baby formula from his food distributor.

Local nonprofits are also helping to fill the void, but supplies are running out fast.

At Our Place Restaurant in Mansfield, the phone calls aren't for food. They're actually for baby formula. Monday morning, a truck delivered some 20 boxes of baby formula to the restaurant. 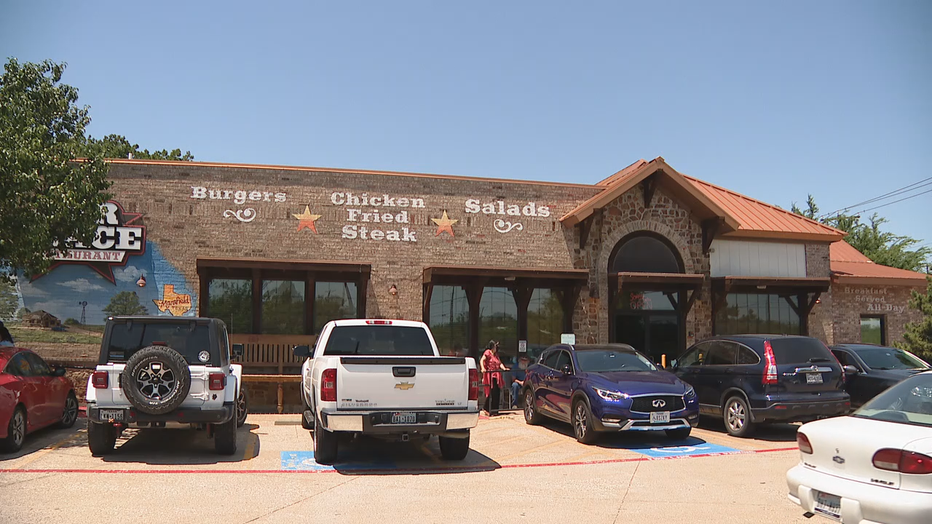 Owner Benji Arslanovski was able to get the hot commodity from his food distributor.

"We're just giving it away for free to moms and dads in need of it," he said.

Nationwide, more than 40% of formula is out of stock. The shortage spiraled due to a strained supply chain plus Abbott Nutrition’s recall of infant formula.

"I drove over 45 minutes because I have a newborn at home, and I only have one more can," said mom Yesica Martinez. "And it’s really expensive right now to get them, and they're backed up."

Food pantries like Brother Bill's Helping Hand in West Dallas are helping to fill the void, too. The formula will be available during their food pantry on Wednesday and Thursday. Folks need to sign up through the nonprofit in advance.

"I think reaching out to your pediatrician. Sometimes, they have some samples," she said. "And then, honestly, many families are having good outcomes from reaching out on social media to other groups with parents and with mothers."

"Because it's really taking some of that those nutrients or that chemistry and dividing in half, which can be very dangerous for infants."

The Biden administration vows it’s working with manufacturers to import formula, and Congress is hoping to provide relief by taking up possible legislation this week.

But for those affected, time is of the essence. Experts say the shortage could last for months.

Our Place is hoping to get another shipment Wednesday. Arslanovski says to give them a call to get on the list.