A U.S. Navy veteran in North Texas has received a gift she thought she'd never be able to obtain on her own without years of saving.

IRVING, Texas - A U.S. Navy veteran in North Texas has received a gift she thought she'd never be able to obtain on her own without years of saving.

A non-profit organization has given her the keys to her own new home that’s mortgage-free.

With honor, excitement and gratitude, U.S. Navy Hospital Corpsman Third Class Luisa Velez and her son were welcomed to their new home on Tuesday.

The brand-new residence in Irving is the 200th dedication for a veteran through Operation Finally Home. It’s a project that started modestly in 2005.

"When I told my battalion friends what was going on, they were in amazement. They said that’s like the best program anyone could have," Velez said. 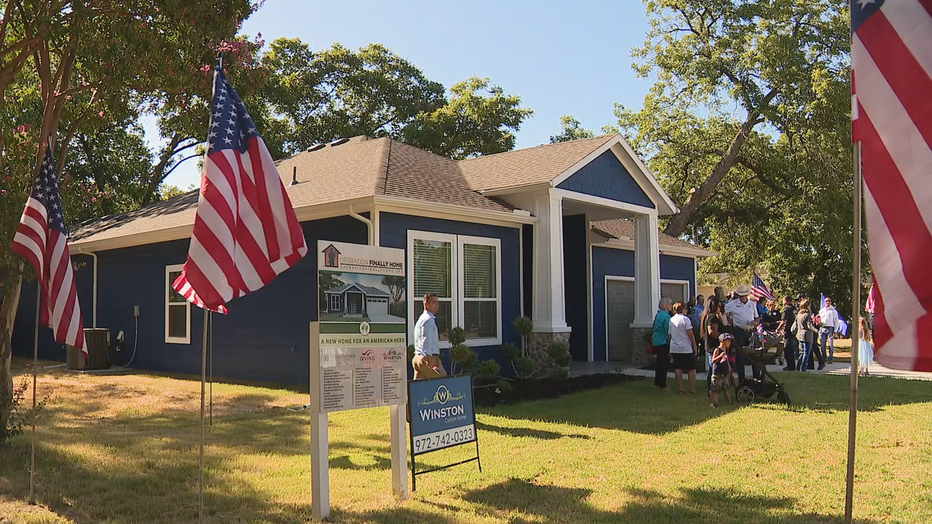 She spent two deployments to Iraq in 2003 and 2004 and worked in military hospitals stabilizing and treating the most seriously wounded soldiers. She returned home with PTSD.

"With my PTSD, that made that an impossible task because being in that same rotation of sick people were injured people just put me back into a loop. So I had to step back from that," she said.

Velez now has her own business in the beauty industry specializing in nails, lashes and other services.

It's been an emotional journey.

"This program has helped me years," she said. "Like I would be saving for years to do this."

Operation Finally Home started in 2005 in Houston. They have now completed projects in 32 states.