A Marine who grew up in North Texas will make history soon as the country's first Black four-star general.

FORT WORTH, Texas - A decorated Marine from North Texas is about to achieve something no one else has.

Lt. General Michael Langley has been a Marine for more than 35 years and now he’s expected to make military history.

If the U.S. Senate confirms him, Langley will become the first Black four-star general in the 246-year history of the United States Marine Corps.

President Joe Biden nominated him to be the commander of the U.S. African command and oversee nearly 6,000 U.S. troops in Africa.

Langley is a graduate of UT Arlington and Western Hills High School in Fort Worth. He joined the Marines in 1985. 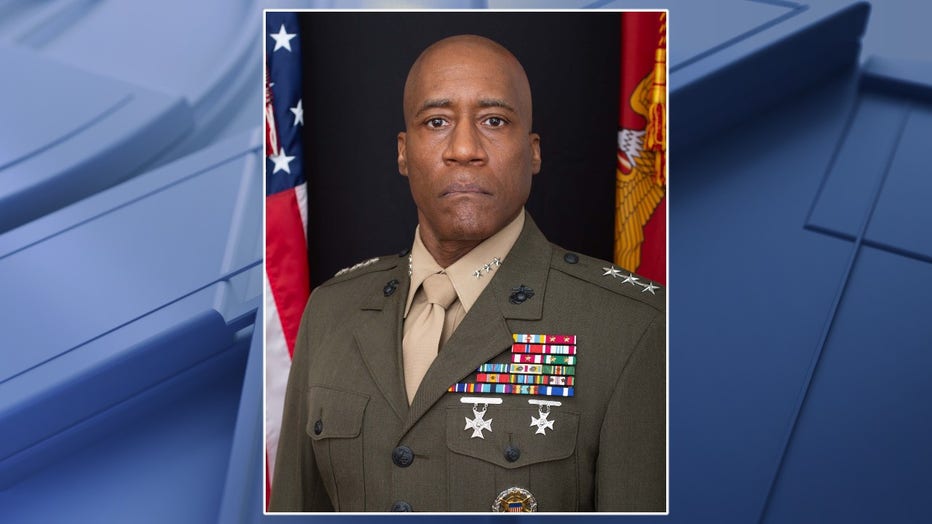 On Thursday, Langley recognized his family, who joined him for the confirmation hearing. They included his sister from Keller and father and stepmother from Fort Worth.

His father also served, dedicating 25 years to the Air Force.

"As many nominees have said in test before me, military families formed the bedrock upon which our joint force readiness stands. My family is no different. My family is a personal example in encouragement and source of strength for me. Without their support I would not be here today," he said.

The Council on Foreign Relations said more than 80% of high-ranking U.S. military officers are white.

As of 2021, Langley was one of only six Black generals in the Marines.

General Langley has commanded at every level, serving in Afghanistan, Somalia and Japan.

He’s also held top jobs within the Pentagon and led U.S. forces in Europe and Africa.