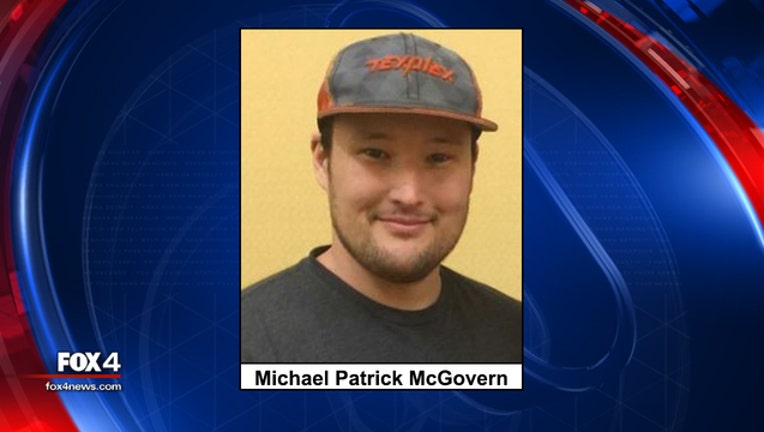 CLEBURNE, Texas - A man who authorities say was seen on video sexually assaulting two children under the age of six, reportedly committed suicide outside the Johnson County Sheriff’s Office on Wednesday.

Michael Patrick McGovern, 35, was charged with super aggravated sexual assault of a child and indecency with child after authorities served a search warrant at his home near Mansfield.

Several electronic devices were seized during the search of his home on Monday, though McGovern was not arrested at the time of the search.

On Tuesday, an arrest warrant was issued for McGovern after investigators found a video that reportedly showed him performing sexual acts with two children under the age of six.

Several law enforcement agencies then searched for McGovern on Tuesday, but were unable to find him.

The Johnson County Sheriff’s Office then put out a wanted poster for McGovern on social media Wednesday morning.

According to the sheriff’s office, a detective and Texas Ranger went out to his vehicle, where they found that McGovern had already fatally shot himself.