A lot of last-minute shoppers who usually wait until Christmas Eve decided not to take some chances with the cold weather coming in.

DALLAS - A lot of last-minute shoppers who usually wait until Christmas Eve decided not to take some chances with the cold weather coming in.

The Galleria Dallas had a lot of shoppers coming through Wednesday.

All sorts of holiday shoppers were out and about, making last-minute purchases before the arctic blast hits North Texas.

"We’re bundling up and staying inside," shopper Heather Girdley said. 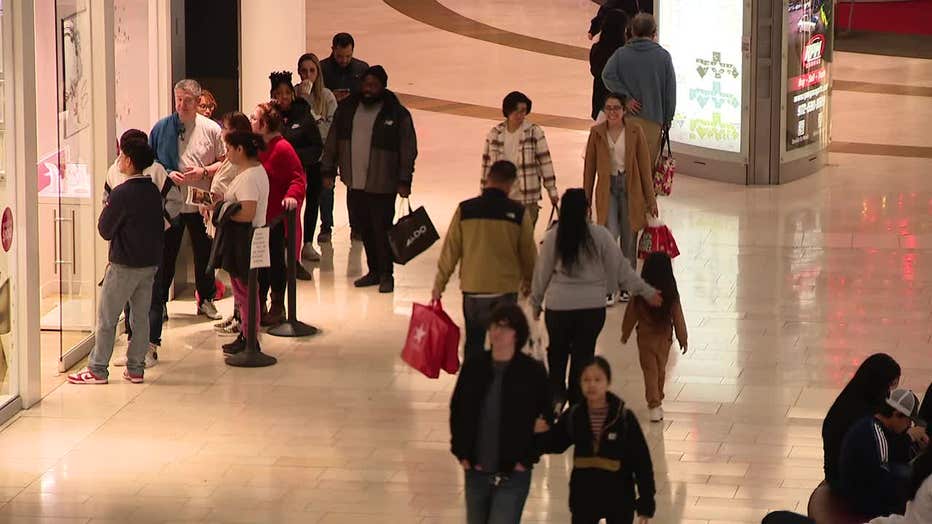 While shoppers at Galleria Dallas were shopping while inside, it was the walk outside to and from the car that some don’t want to take when temperatures are sub-freezing.

"Park close and my heaters, seat heaters, I’m going to be hot in the car, sweating, so when I get out it’s good," shopper Amanda Appleton said.

Some North Texans have zero plans to be outside while temperatures drop into the teens, with wind chills even lower than that.

The forecast was on the minds of some grocery shoppers.

"Yeah, that’s why I’m out right now because I have some baking to do at home," shopper Lori Jones.

It’s safe to say many in North Texas would prefer dealing with warmer weather.

Some, however, don’t seem to mind.

"I wasn’t really thinking about that," shopper Monica Castro said. "I just grab my scarf, throw on my hood, weather usually does not slow me down."

RELATED: Texas leaders on arctic blast: 'The power grid is ready and reliable'

For Galleria shoppers who don’t want to walk outside the mall, there’s curbside pickup for 20 of its stores.

"So you don’t even have to get out in the cold to get your merchandise," Holly Quartaro, with Galleria Dallas. "We’re seeing a lot of shoppers today. I think part of that is due to the cold and part of it’s due to school being out."

"That was the bigger push for getting out today. [REPORTER: Because it’s going to get freezing?] Right. And I know I’m not coming out tomorrow, or the day after," shopper Chandra Thomas said.

For those who still have holiday pickups to finalize, they said they’ll make the best of it.

"I’ll bundle up and enjoy that," Appleton added.