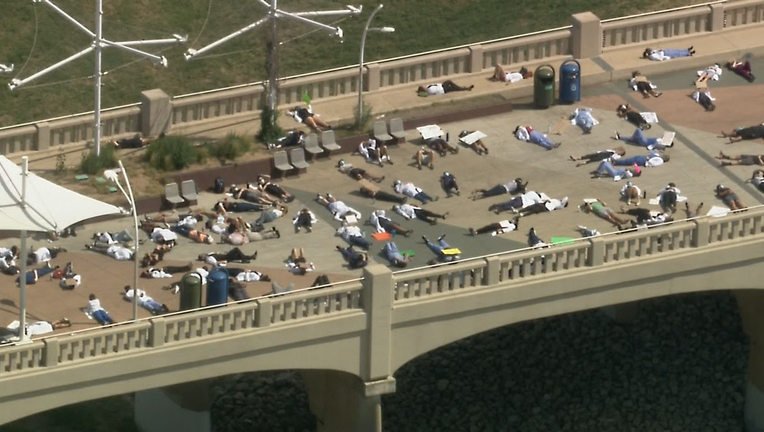 DALLAS - A large group of healthcare professionals from across the Metroplex took part in a "die-in" protest Sunday at the Trinity Skyline Trail.

The protesters simulated being dead and held a moment of silence for George Floyd and other black men and women who have died as the result of police brutality.

The moment of silence lasted eight minutes and 46 seconds, which is the length of time a Minneapolis officer kept his knee on Floyd's neck.

The protest follows the release of an open letter from health and medical professionals at the University of Washington that defined systemic racism as a public health issue.

It also asked local and state governments not to disband protests under the guise of maintaining public health for COVID-19 restrictions.