Starting with a Juneteenth celebration, the city of Arlington, Arlington police and other agencies in Arlington and Mansfield are participating in a program that highlights racial equity.

ARLINGTON, Texas - Starting with a Juneteenth celebration, the city of Arlington, Arlington police and other agencies in Arlington and Mansfield are participating in a program that highlights racial equity.

Roughly 250 people are signed up for the program. Many of them are Arlington ISD employees and police employees.

The new 21-Day Racial Equity Challenge aimed at normalizing things you don’t normally talk about in school or even at home.

The masterminds behind it were Arlington Police Deputy Chief Jeff Petty, Heidi Hardy with the Arlington-Mansfield YMCA and Felicia Williams, founder of the nonprofit Bridging the Gap. 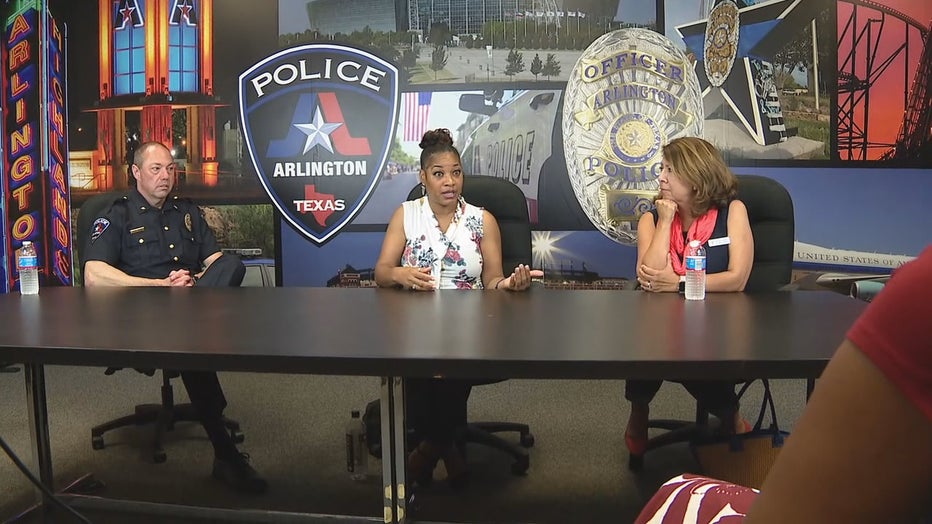 The team worked hard to launch the challenge this Saturday, which is now the first Juneteenth as a national American holiday.

"It was really nice to wake up this morning and hear that news," Petty said.

The trio of colleagues turned friends started seven years ago with an unexpected tragedy.

And in her Williams’ darkest moments, she says the support from Arlington PD left an imprint on her family.

"We saw more of them step out of their uniform and become human beings," she said.

From there, Williams and Petty started sparking uncomfortable conversations between officers and citizens. Their work caught Hardy’s attention.

"All the conversations that happened and the unity that came from that, we want to keep that active and going," Hardy said.

The challenge is open to all ages. And while it can be done alone in private, Petty, Hardy and Williams hope it sparks 21 long-overdue conversations.

"We really want to hear some success stories of, ‘I had a conversation with my coworkers and something really great came from the challenge,’" Petty said.