WEATHERFORD, Texas - One group of North Texas firefighters has returned from their mission to help with the West Coast wildfires.

The Weatherford and Parker County firefighters described the relentless flames, the ongoing battle and how new fires were starting every day.

The firefighters from the departments slept in small tents for 21 days. They were part of a Texas strike team made up of dozens doing tedious, treacherous ground work. 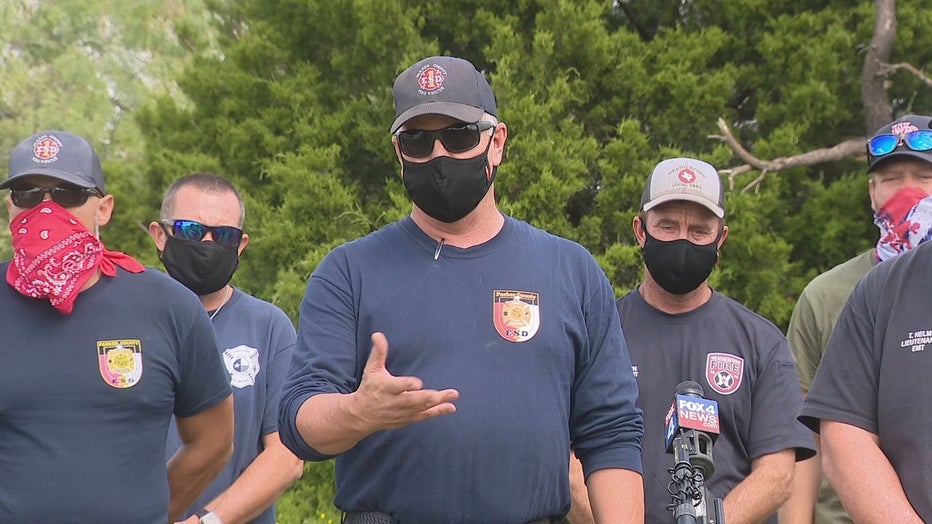 “Most of the firefighting is done by air but then we, the ground crews, we go in and we’re climbing straight up putting fire lines down, putting hoses all over and trying to control the thing. The terrain is the big problem out there,” Ellis said.

Predictions are it will top one million acres by the end of the week. As of Monday afternoon it had claimed one life and threatens 14,000 structures with zero-percent containment.

“We went from one day it was 116 degrees, two days later on another fire we were in the lows of 45 degrees,” said Todd Helm, Weatherford FD.

The Texas firemen are experienced veterans and have worked wildfires before. They say the conditions present are a major challenge.

“We had zero winds one day, 35 to 40 mph wind gusts the next day. So it was a very evolving situation. Pretty much from shift to shift we never knew what we were going to get into,” Helm said.

Yet, their good will carries on.

“For me, I’m looking forward to getting back out there doing what we can to help ‘em,” Helm said.

For now, others from the two departments are in California. The group that just returned will be tested for COVID-19 and quarantine for as long as necessary.