The governor attended an event in Beaumont Tuesday night that was scheduled long before his announcement banning vaccine mandates in Texas. But it obviously was one of the most high-profile topics from there to the White House.

There was pushback from the Dallas Regional Chamber to hospital associations and others in response to Abbott's latest executive order.

Ultimately, it will play out in court. 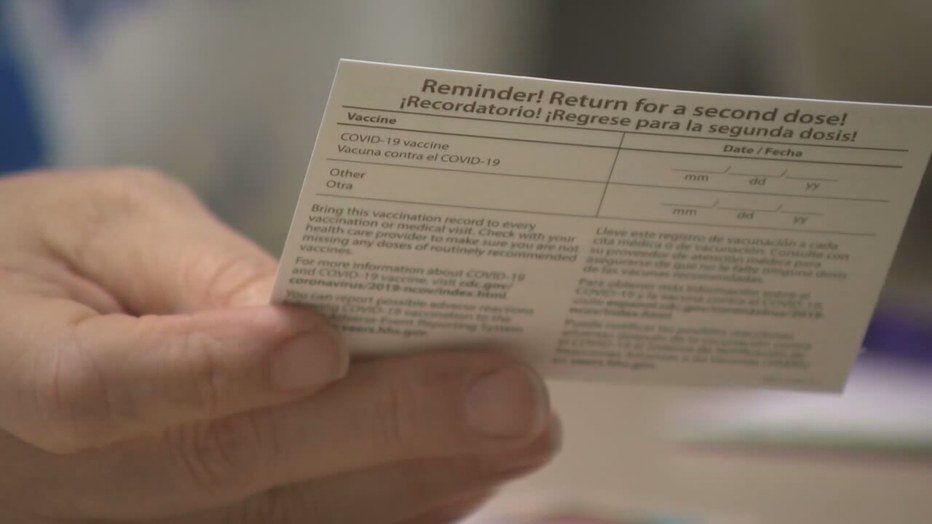 Tuesday was filled with reactions to the order from businesses and the Biden administration.

President Joe Biden ordered businesses with 100 or more employees to require they be vaccinated or tested for the virus regularly.

For federal contractors, there is no testing option. The president says employees must be vaccinated or they'll be fired.

Companies like Fort Worth-based American Airlines and Dallas-based Southwest Airlines are federal contractors and are following the president’s mandate.

It's Texas versus the United States again -- this time on vaccine mandates for employers. Some big companies here in Texas like American Airlines and Southwest Airlines are going with the federal rules. Britta Stanton from the Castaneda Firm, a lawyer experienced in commercial litigation, joins Good Day to talk about which rules an employer should follow.

The Dallas Regional Chamber distanced itself from the governor, saying businesses should make their own decisions.

The Texas Hospital Association president said in a statement that the time is now to set politics aside.

The statement went on to say, "Texas hospitals strongly oppose efforts underway to hamstring them from being able to require vaccination of their own staff, many of whom are at the bedside every day with children and adults who are vulnerable to COVID-19."

Political and legal experts see this ultimately playing out in the courts.

As for the White House…

"Bottom line is we are going to continue to implement the law, which the president of the United States has the ability and legal authority to do," Psaki said.

The special session ends next week. The Texas House will have a committee hearing on the bill on Wednesday.