DALLAS - A North Dallas toy store is back at its newly rebuilt home one year after an EF-3 tornado tore through area.

“It feels amazing, amazing to be back in this spot,” said owner Candace Williams.

The violent tornado ripped the roof off her store.

“Stepping into the store, into water, was heartbreaking. It really was. We had been in this space since 2005, it was devastating,” Williams said.

The owner said she was determined to get the store up and running to keep her charity commitment to The Partners Card which benefits Family Place.

“It’s so important to our community. I knew that we could not we couldn't shutdown so we had to just rally the forces and it took us about 10 days, under 10 days to really, find a spot and get it going,” Williams said.

The Toy Maven temporarily moved about a mile down the street to Preston-Forest Shopping Center. But then another storm -- the pandemic.

“It’s been a one - two punch, right? And that certainly has thrown businesses into a tailspin,” Williams said. 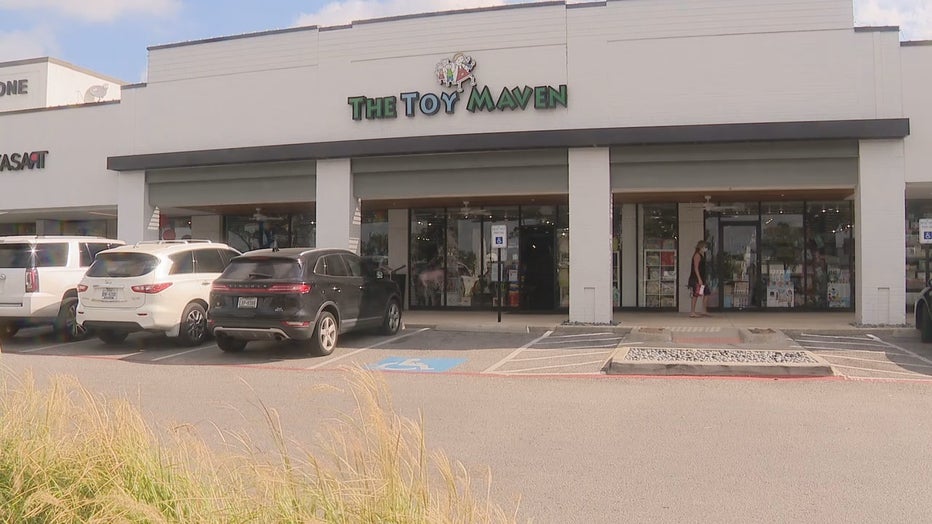 But The Toy Maven managed to come out of it ok, with the store bigger and better than before. Customers are also back.

“It’s just a great place for our kids to look around to shop around and it was a missing part of the area for a year, so we're glad to have it open again,” said Natalia Delaune.

Williams is now focused not on what did happen, but on what can happen in the future.