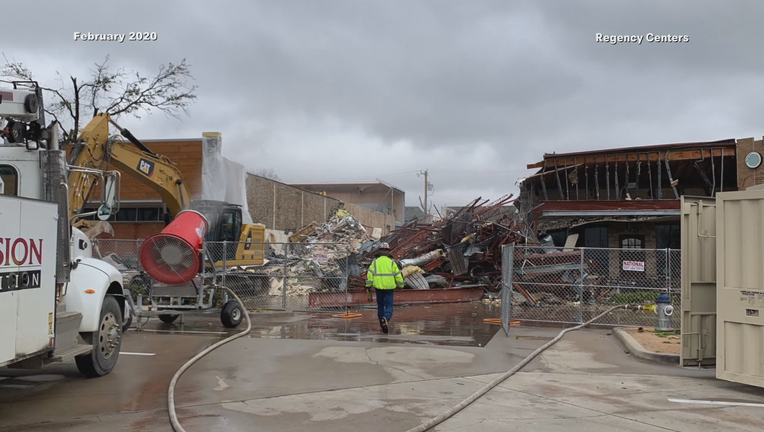 DALLAS - A North Dallas store has announced a reopening date a year after it was destroyed by a tornado.

The Central Market grocery store on Preston Road and Royal Lane had to be rebuilt. The shopping center it’s in was hit by an EF-3 tornado last Oct. 20 and then demolished in February.

The store announced it will reopen its door sometime in April/May 2021.

The celebrate the news, the store will give a gift to the Dallas Independent School District, which also lost several schools because of the tornado.

It’s also donating 50 trees to organizations to plant in the surrounding neighborhood.