Parts of Preston Hollow are still marked by damage from last year's tornado and one family is suing its insurance provider to make them pay for repairs.

DALLAS - Parts of Preston Hollow are still marked by damage from last year's tornado and one family is suing its insurance provider to make them pay for repairs.

The tornado took down Jeremy and Amanda Jackson's fence, ripped a hole in their roof and also damaged the foundation of their $700,000 home

“So what the experts told us is the tornado kind of twisted, picked up our house and put it back down. So that compromised the foundation,” Jeremy said.

While their insurance company has paid for the fence and the roof, it hasn't on the foundation. The Jacksons say it’s because the foundation was worked on before they closed.

“There were minor repairs the previous owner had done for us,” Jeremy said, adding that it passed inspection.

The Jacksons have letters from two different companies who both say the damage was caused by the tornado and are now suing their insurance provider. 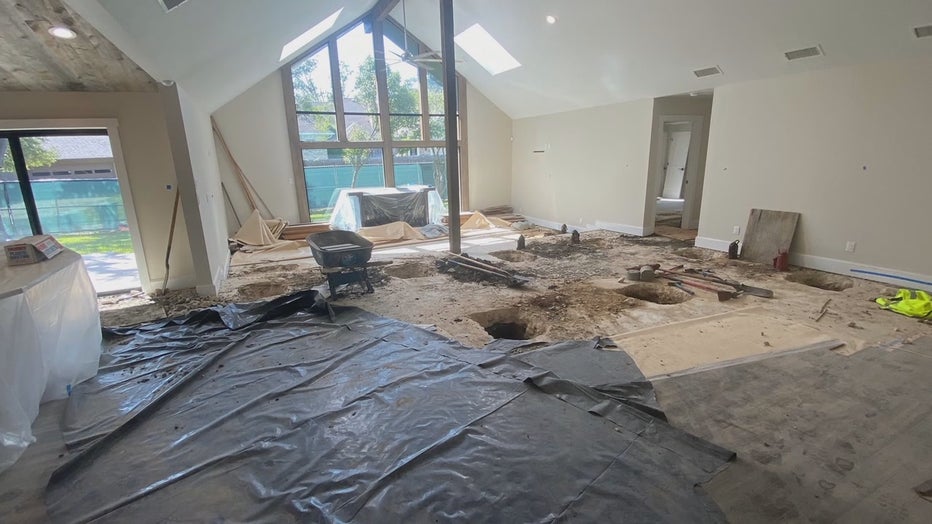 “We filed a lawsuit about three months ago and we're duking it out,” said attorney Geoff Henley.

The suit seeks more than $200,000 to fix the foundation and related repairs beyond the $70,000 paid out to replace the fence and roof.

The insurance company, State Farm, told FOX4: “While we would like to bring clarity and context to this matter, it would not be appropriate to comment as the matter is pending before the court. Additionally, we do not typically discuss customer's claims for privacy reasons.”

“We've had to do so many of these repairs on our own with money we were hoping to use to move forward with our lives and starting a family,” Amanda said.

Even a year later, tarps on neighboring rooftops speak to the long, difficult recovery for much of the neighborhood.

“This whole neighborhood got slammed. Tornadoes lift buildings, they move things, they twist, they rack the interior of homes -- which is what happened here,” Henley said.

It’s been a frustrating year, with the Jacksons currently paying out of pocket to fix the foundation.

“Hope in the system of insurance is something I don't have actual hope in anymore,” Amanda said.