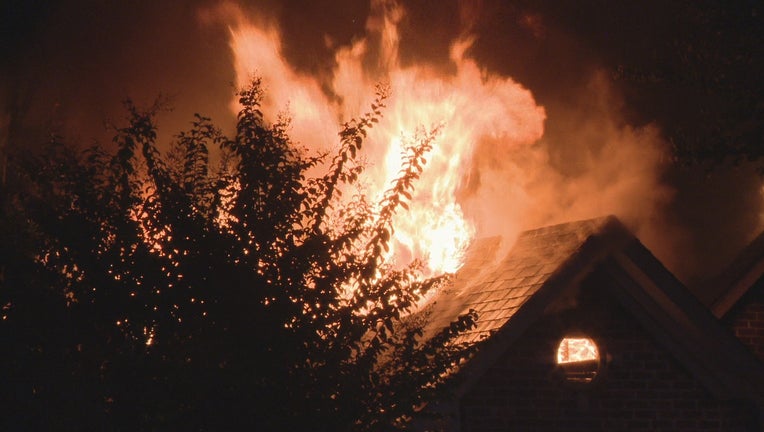 DALLAS - A couple and their dog escaped a house fire late Sunday night after storms rolled through North Texas.

It happened around 11:30 p.m. on Ashton Court, which is near Hillcrest Road and the LBJ Freeway.

The power was out at the time and the owner saw a flash of light, perhaps from an arc in the power lines. A few minutes later he smelled smoke and his smoke detectors went off.

The fire was so intense that firefighters had to back out, fearing the home would collapse. It took them two hours to get the flames under control.

Everyone in the home was able to make it out safely. No one was hurt.

The exact cause of the fire is still under investigation.