The second day of early voting ahead of the 2020 November general election appeared to go smoothly across North Texas.

DALLAS - The second day of early voting ahead of the 2020 November general election appeared to go smoothly across North Texas.

Officials in both parties in Dallas County reported some minor issues they had heard about, but nothing that has set off massive alarm bells.

Voters at Samuel Grand Recreation Center faced some issues on Tuesday. The Dallas County Elections office confirms there were connection slowdowns at the site.

Dallas County Democratic Party Chair Carol Donovan says the site was down to one machine for about an hour in the morning.

“If you have a tabulator issue then you can put in a sealed box, but once that box was full there are reports that people are told put your ballot here at the end of the table and we’ll make sure they get counted,” Anderson said.

Outside of those issues, there has been nothing major and so far, no reports of any trouble makers showing up at polling sites.

Lines were generally somewhat shorter across the county on Wednesday. 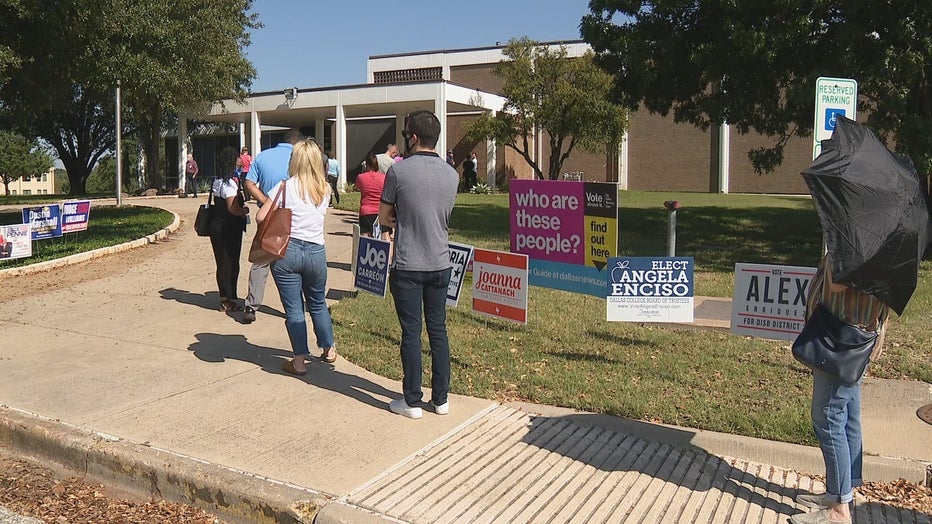 In Collin County, officials said there have been the typical challenges but overall things have gone smoothly.

“Our average wait today has not been over 40 minutes, maybe a couple of hot spots but other than that you can get in and out in less than 20 minutes,” said election administrator Bruce Sherbet.

Elections officials recommend people look up the sample ballot for their precinct and familiarize themselves with the races before going to vote.

Sherbet also had advice on when to vote.

And while turnout has been high and sites operating smoothly, he has these words of caution about waiting till the last minute.

“You are going to see a lot of excitement the last two or three days, just keep an eye out for it because people are emotional about this,” Sherbet said.

How to vote in Texas