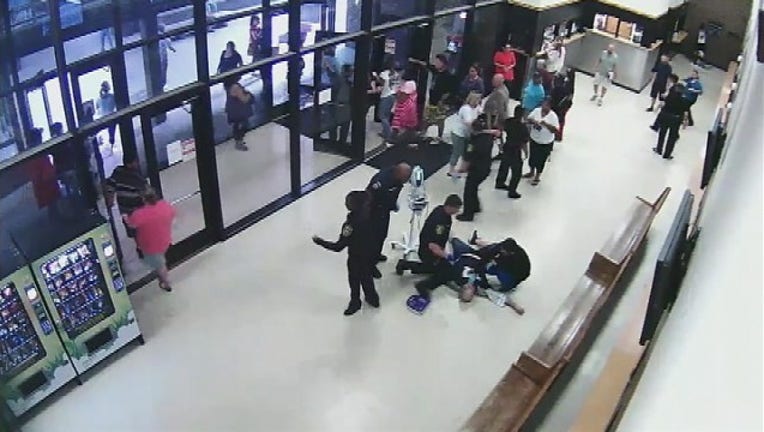 DALLAS - There will not be criminal charges for the six Dallas County sheriff’s deputies and jailers who struggled with a man in the lobby of the county jail last year.

A grand jury refused to indict them for the 48-year-old Arlington man’s death.

Surveillance video showed the deputies restraining Joseph Hutcheson after he ran into the lobby screaming and behaving erratically.

An autopsy concluded Hutcheson’s use of illegal drugs and a heart disease contributed to his death.

His family is still threatening a civil lawsuit.