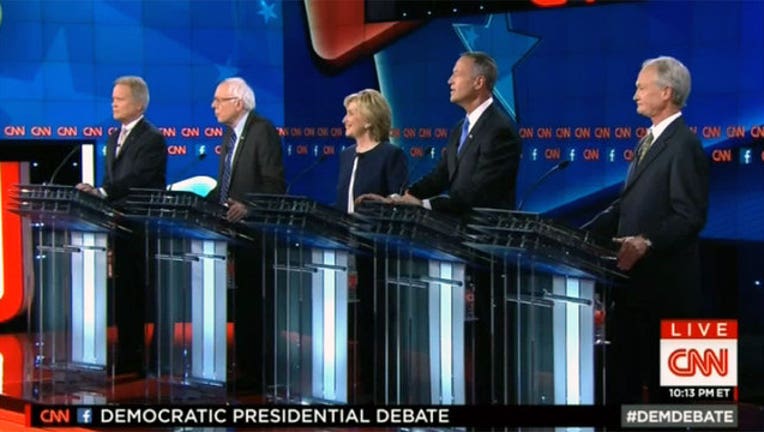 NEW YORK (AP) - They aren't quite Trump numbers, but the 15.3 million people who watched the Democratic presidential debate on CNN was still the biggest TV audience ever for a Democratic debate.

Buoyed by the television-friendly candidacy of Donald Trump, the two Republican presidential debates were record-setters. The first debate, on Fox News Channel in August, was seen by 24 million viewers and the second, on CNN last month, had 23.1 million viewers.

The point in the debate where Bernie Sanders said he'd had enough of talk about Clinton's emails was the most-watched moment for DVR users who rewound to see it over, according to the digital video recorder maker TiVo.

The debate also stacks up well compared to television entertainment. The Democrats drew more viewers on CNN Tuesday than a number of popular shows, including last week's episodes of "Empire," ''The Voice" and "The Walking Dead."