New York mayor Eric Adams says the city is struggling to house the 11,000 migrants Texas Gov. Greg Abbott has sent to the city since May.

On Sunday, nine buses from Texas arrived in New York, the most in a single day.

New York mayor Eric Adams says the city is struggling to house the 11,000 migrants Texas Gov. Greg Abbott has sent to the city since May.

Adams says he is looking for legal options to block the bus transfers from the Texas-Mexico border.

"They were placed on a bus to New York and basically told to get out of dodge. It is unacceptable," said Adams.

Governor Greg Abbott says all the bus riders volunteer to be moved out of the state voluntarily.

On an average day, approximately 300 to 400 migrants cross the border into the city of Eagle Pass.

On Sunday, volunteers with the "League of United Latino American Citizens" spent the day in Eagle Pass trying to educate the migrants on their rights before they catch a bus out of state.

"About 70 percent of them have a plan," said Domingo Garcia, the President of LULAC. 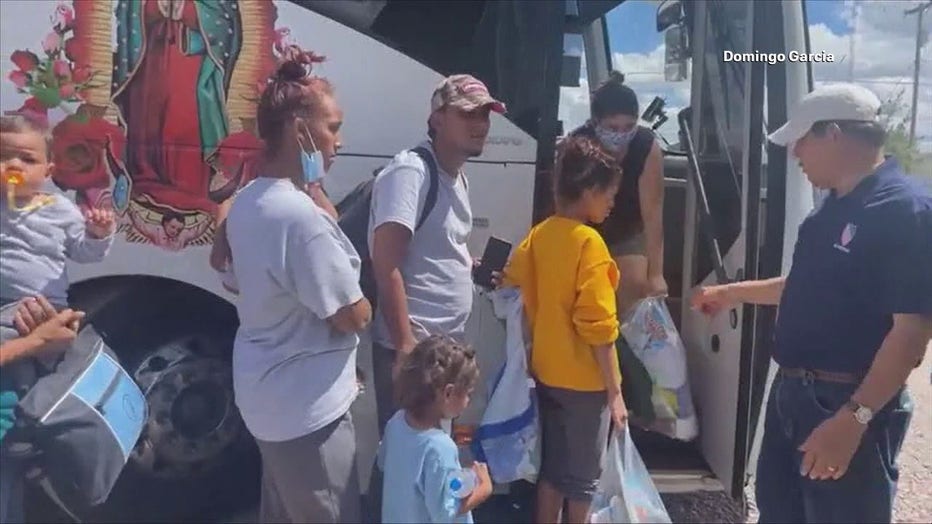 Asylum seekers about to board bus in Eagle Pass, Texas.

Garcia and other volunteers talked to the asylum-seekers over the weekend.

He believes they are being used as political pawns.

"I went to Eagle Pss to give them warnings," Garcia said. "Be careful they're using you and they're taking advantage of you."

Garcia says nearly all of the migrants are from Cuba, Venezuela or Nicaragua.

The United States has poor diplomatic relations with these countries, which Garcia says prevents them from being deported.

"It's a humanitarian crisis, and we need to treat them like human beings. Here's a father with a baby in his arms, and he's just trying to get to Portland, Oregon," said Garcia. 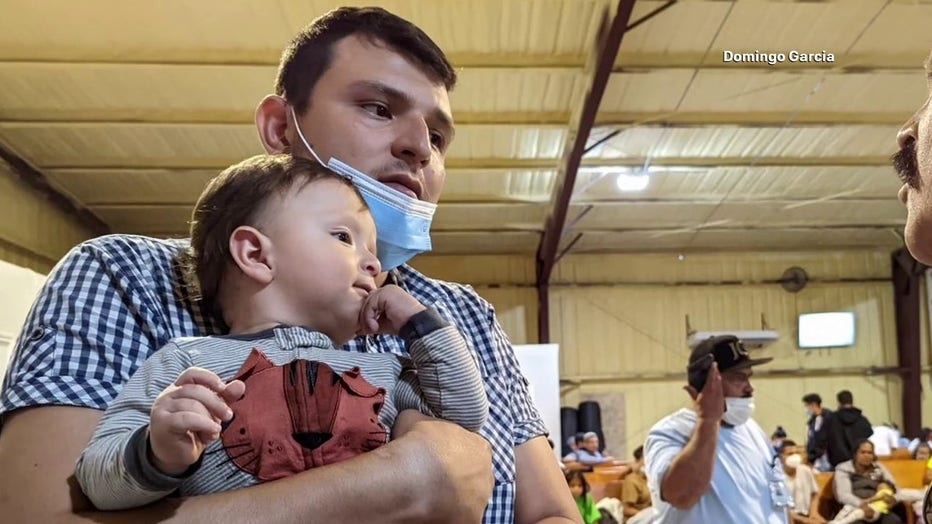 Asylum-seeker in Eagle Pass, Texas said he was attempting to get to Portland, Oregon.

Garcia says part of the reason LULAC was in Eagle Pass Sunday was to inform migrants of their civil rights and protections against boarding buses under false and misleading inducements of non-existent jobs and help in distant locations.

"Love thy neighbor is not being followed by Governor Abbott," Garcia said.

Abbott has disputed those claims.

" I can tell you for an absolute fact that everybody that Texas has moved, they signed an authorization to go to the destination that we drove them to. And so there's been zero people that Texas has misled," Gov. Abbott said in an interview on FOX News.

Both Governor Abbott and Garcia believe the federal government needs to do more to curb the crisis at the border.