After two years of relatively quiet New Year’s Eve celebrations, the team at Sundance Square in Fort Worth is more than ready to ring in 2023.

FORT WORTH, Texas - After two years of relatively quiet New Year’s Eve celebrations, the team at Sundance Square in Fort Worth is more than ready to ring in 2023.

Back in 2019, an estimated 10,000 people packed into downtown Fort Worth for an electrifying New Year’s Eve party.

Organizers are hoping to recreate the same magic this weekend for the first time since the pandemic began.

"It’s a bit of a big unknown on how many people are going to show up. It’s free to the public, open to all. We’re encouraging people to come down. We just don’t know how to gauge yet," Sundance Square chief security officer Ed Kraus said. "We kind of have a planning number of about 5k and we’ll see how that goes."

The festivities in the square kick off at 3 p.m. on Saturday, when Horned Frog football fans can watch the big screen to see TCU take on Michigan at the Fiesta Bowl in Arizona.

After the game, visitors can expect continuous live music on the main stage and entertainment up and down Main Street.

Along with plenty of food vendors.

For the first time since 2020, the fireworks are back to light up the downtown skyline.

"The fireworks show is going to be nice. Right after the countdown, the fireworks will start from the top of The Westbrook building here, just like they did in 2020," Kraus explained.

Kraus said they’ll have plenty of Sundance security officers, along with off-duty Fort Worth police officers.

And when it comes to parking, he said visitors can find several free parking options in both garages and on the street.

"Of course, we encourage anyone who is going to imbibe with alcohol to use a rideshare program and they can drop off right by the perimeters and walk on in," he added. 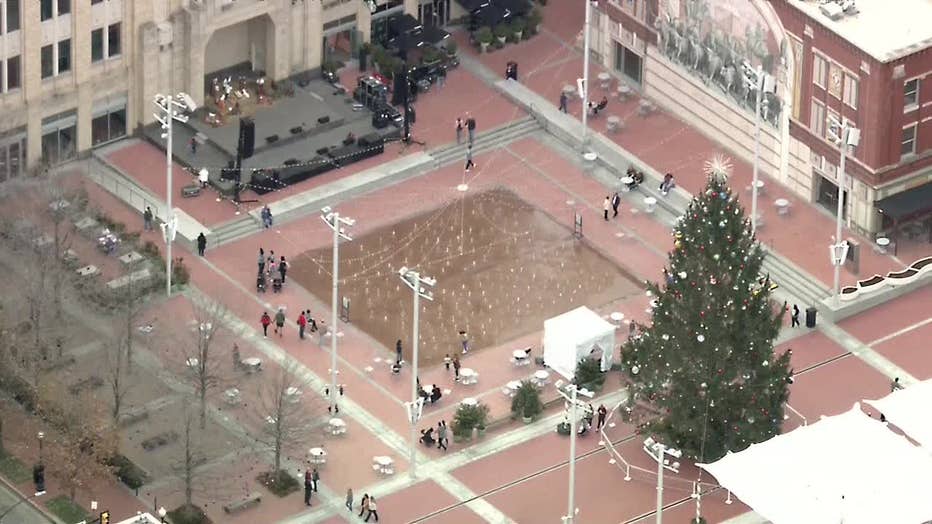 For many - it’s a can’t miss after years of skipping out on public celebrations.

"I feel like I’m in reality again. Everything was on pause, now everything's resuming and press play. Now it’s life," said Manuel Malagon, who is visiting from Indiana.

Coolers are going to be allowed during the Fiesta Bowl watchalong, but no glass containers will be allowed.

Once the game is over, security will ask that people put the coolers away to make room for all of the people they are expecting in the square.