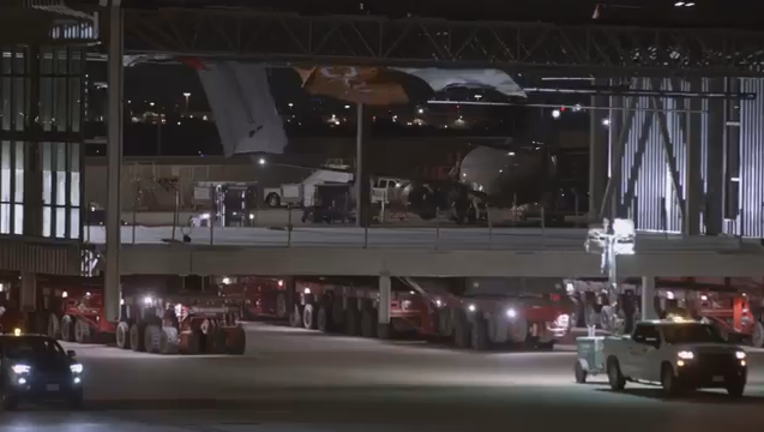 A remodeling of Terminal C at Dallas-Fort Worth International Airport has reached an important milestone.

The airport released timelapse video Thursday of what it calls the "High C" gates being moved onto piers at the western end of the terminal.

The prefabricated 7,000 square foot modules, six total, will give waiting passengers at the four new gates a full view of the runways with floor to ceiling glass when assembled together.

Each module weighs 450 tons each and were put together a mile from Terminal C on airport grounds. The remote assembly was done to minimize passenger disruption and is the first time the airport has done so.

The airport says the project, costing $115 million, is expected to be completed by summer 2022. A total overhaul and renovation of Terminal C, costing $2 billion, is next up.