At this time, he's charged with abusing two children, and police documents describe how he'd allegedly give them money and gifts in order to continue the abuse.

Court documents show that Blackwolf lived with at least one of the victims.

Blackwolf is still in the Dallas County jail, charged with sexual abuse of multiple children and trafficking.

Investigators believe he is linked to more than two dozen crimes across the country.

In Irving, police believe there are at least five victims. 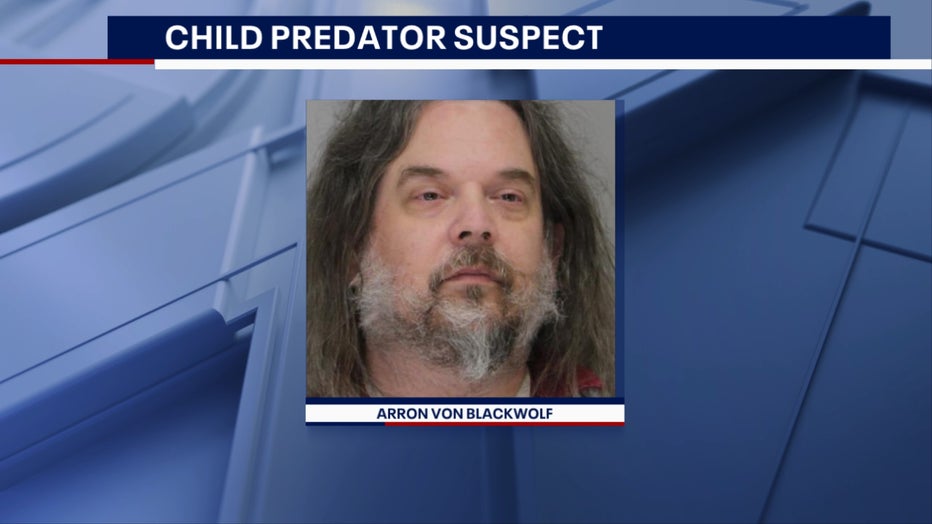 Police said the abuse started in 2016, on the birthday of a then 9-year-old girl, with whom Blackwolf lived with at an apartment on Willow Creek Drive in Irving.

Investigators said he took her to dinner, and when they got back, he had a "sex talk" with her, before sexually assaulting her.

Documents said he moved with the family to another home, and continued the abuse for two more years until the family moved out.

Susan Fletcher is a family psychologist. She said it’s difficult for children to come forward during this kind of abuse because it’s happening with someone they trust.

"It's really difficult for young children because they're taught most often by adults to trust other adults and to trust people in positions of power," she explained.

Police learned of the abuse done to the girl he lived with after her friend first came forward with allegations in March.

The friend told police he showed both of them child pornography, and rewarded them with trips to Starbucks and the mall, and gave them shopping money.

"Some goods or services were being exchanged for the behavior. Some of that might be including making someone feel that they're getting a reward for performing this this act," Fletcher said.

Documents show he worked for Accent Care for the last five years.

The public listed address is an office building in Far North Dallas.

FOX 4 reached out to check his employment status, but are still awaiting a response.

Irving police said Blackwolf is responsible for other sexual abuse cases in Virginia, Washington State, and Texas, dating back as far as 1986, when he was the age as some of his alleged victims.

"Somebody who's hearing the story, or heard the description of some of what is occurred in a sexual assault on a story, then it may trigger them to remember things that may have happened to them because it feels familiar. It feels as if they understand it," Fletcher said.