A new testing site in Dallas opened at a Walgreens location on Friday.

DALLAS - A new testing site in Dallas opened at a Walgreens location on Friday.

To get a test at that site, people must register online and they cannot get a test on the day they register.

The site is in the Pleasant Grove neighborhood, and county officials have been pushing to get more testing in that area.

People who live in the area said they don’t want this lack of access to testing, and it’s imperative to know who is infected and where the virus is.

The Cedar Crest neighborhood in Oak Cliff is among the hardest hit in DFW in terms of confirmed cases.

It’s also a part of Dallas where fewer people have access to healthcare. 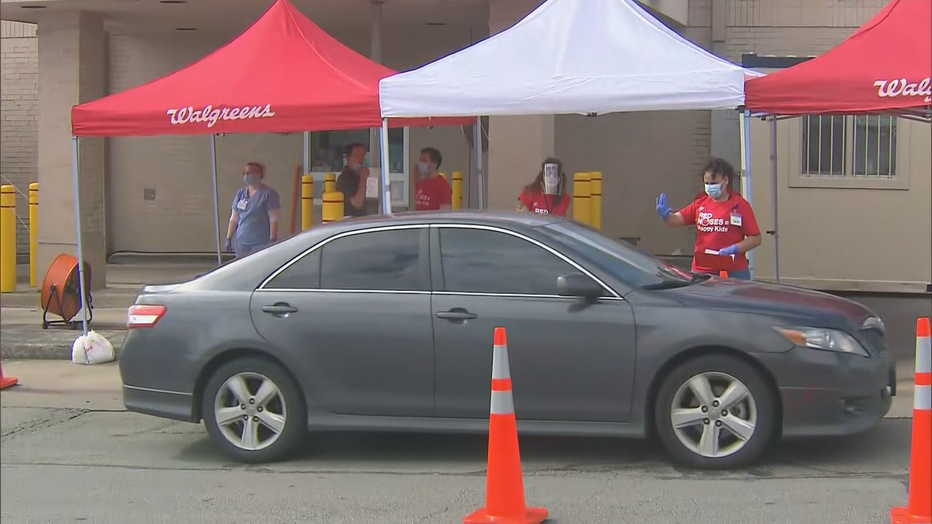 “I felt from day one there was a lack of education and a lack of services,” Cedar Crest Neighborhood Association President Phillip Gipson said. “I find it personally appalling that we live in the richest country in the world, but we lack in healthcare resources. That’s just appalling to me.”

Ellis Davis Field House, south of I-20, was the only public drive-thru testing site in southern Dallas County, offering 500 tests a day, until Friday, when Walgreen’s at Bruton and Buckner in Pleasant Grove began drive-thru testing.

Elected officials fought to get the testing there.

“Trying to get that testing there so that we get visibility into what's happening for people who aren't going to the doctor,” Dallas County Judge Clay Jenkins said in his press briefing back on April 10.

That Walgreens location has the capacity to conduct 160 test per day.

But a Walgreens official said that in reality, it will be far fewer, as tests are taking, on average, an hour-long each.

“We need to have full scale access, just like any other community in the Metroplex and in the United States,” Gipson added.

In addition to the new site at Walgreens and the public testing sites in Dallas, Dallas County has also launched a mobile testing program to provide free tests for people who may not have access to reliable transportation.

“We need the government and our politicians to really have an even playing field with this,” he said.

The president of the Park Row South Boulevard Neighborhood Association said it’s been “glaringly obvious” where testing sites have not been.

And most of the testing in Texas has been done by the private sector.

People who don’t have health insurance or a regular doctor might not have access to that testing.