A property owner near Rowlett recorded a mountain lion in a rare sighting. (Credit: Logan Aduddell and Stephanie Higgins via Storyful)

CELESTE, Texas - A mountain lion killed over the weekend is likely the same one that’s been spotted across North Texas.

Game wardens say a licensed hunter was in the Celeste area in Hunt County Saturday afternoon.

Officials say the hunter saw the mountain lion when it walked up to a deer feeder. The deer hunter killed the animal and legally harvested it.

The mountain lion was an older adult male about six feet in length and weighed about 160 lbs. 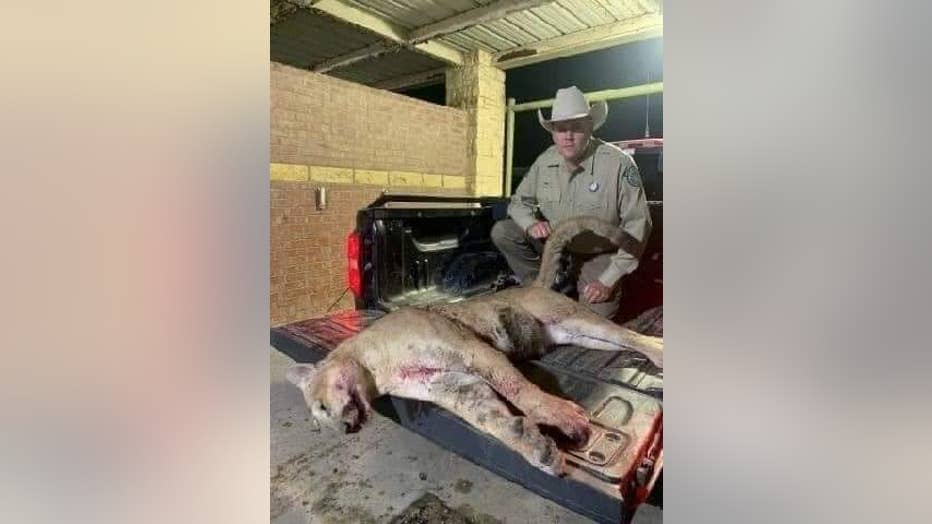 Homeowners in Rowlett recently captured a mountain lion on camera as he was passing through the area earlier this month. There was also another confirmed sighting in Princeton.

Game wardens believe the mountain lion killed in Celeste is the same one from the previous sightings.

The hunter plans to take the mountain lion to a taxidermist.