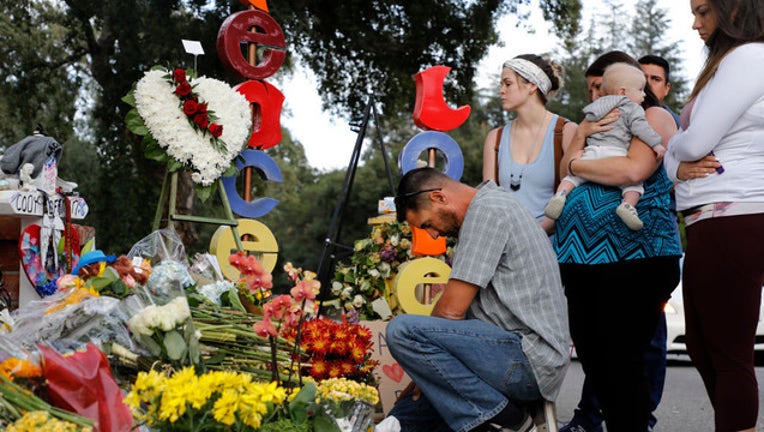 Jason Coffman, father of slain victim Cody Coffman, kneels at his son's vigil, not far from where the Borderline Bar and Grill shooting happened. (Photo by Barbara Davidson/Getty Images)

THOUSAND OAKS, Calif. (FOX 11 / AP) - Law enforcement authorities said Tuesday they are still trying to learn why a gunman killed 12 people in a Southern California bar before taking his own life.

FBI official Paul Delacourt told a news conference there's no evidence that 28-year-old gunman Ian David Long was radicalized, and investigators are still trying to determine his motive for the attack at the Borderline Bar and Grill in Thousand Oaks.

He also was equipped with seven high-capacity 30-round magazines, five of which were found still fully loaded after he killed himself.

In addition to the press conference, a candlelight vigil was also planned 5 p.m. Tuesday at Cal State University Channel Islands in honor of those who lost their lives in the Borderline shooting and the California wildfires. Organizers said the vigil will be held at the John Spoor Broome Library Plaza.