A mother from Missouri recently posted a photo on her Facebook depicting what she calls the true face of addiction. The two photos, she said, were taken just seven months apart.

ST. CHARLES COUNTY, Mo. - A mother from Missouri recently posted a photo on her Facebook depicting what she calls the true face of addiction. The two photos, she said, were taken just seven months apart.

On the left, her son Cody is glowing with life, looking healthy and smiling, and on the right, the same person appears nearly unrecognizable.

Jennifer Salfen-Tracy of Wentzville, Missouri posted the photo on her Facebook page, hoping to draw attention to her son’s struggle with heroin and meth addiction, and to hopefully bring inspiration to those who deal with the same problem.

“For my family and friends who know me know that my oldest son Cody Bishop is suffering from his addiction,” wrote Salfen-Tracy.

She went on to explain how she was originally hesitant to post the photo, but following so many people asking questions wondering where her son is, she felt she needed to do it.

“I have learned along this path that so many people and families deal with the same heartache but just do not talk about it,” continued Salfen-Tracy. “This is a true issue in our world today that we need to pull together and focus on to fix instead of the government worrying about and spending all their money on throwing each other under the bus.”

Salfen-Tracy said that while she has not heard from Cody in weeks, he is currently homeless in Las Vegas. She said the 27-year-old has no insurance due to his unemployment and with no long-term treatment available and a 30-day stay at a rehab costing around $13,000, Cody’s case feels hopeless.

But that doesn’t mean that his mother is giving up hope. Salfen-Tracy’s post has gone viral, gaining the attention of tens of thousands of people commenting love and support with some even sharing their own personal stories of overcoming addiction.

“I have turned it over to God and pray that he decides he is tired of living like this and wants to come home to get help,“ said Salfen-Tracy. "Through social media I have came along so many great people that have crossed his path over time through his past rehab. They have a great support team with each other that is amazing and I appreciate those who have reached out trying to help." 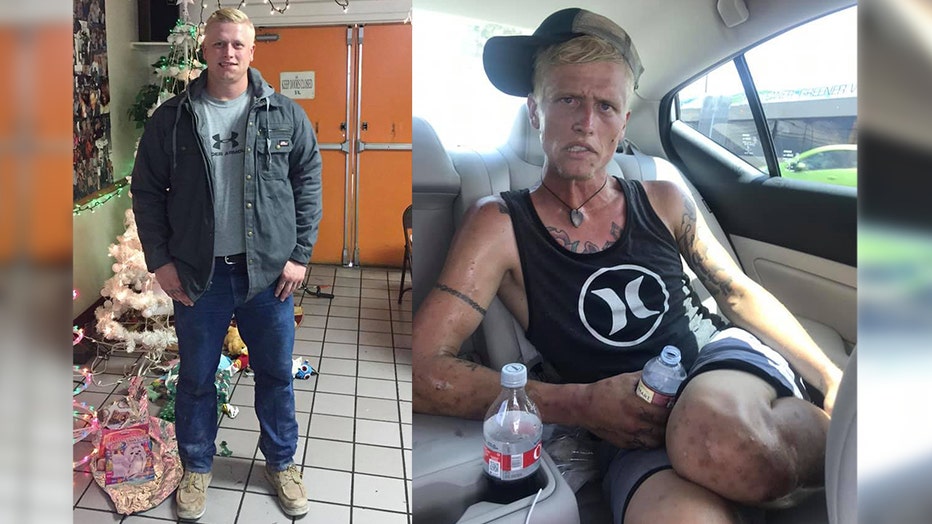 After tagging her son in the post, hundreds of people have even reached out to Cody in hopes of getting across to him the message of hope his mother desperately wants him to hear.

Salfen-Tracy said this isn’t just a problem that her family faces. “Almost everyone knows someone who has a drug/heroin addiction,” she said, adding prayers and strength for everyone who is struggling with the same heartbreaking issue.

“So many people are reaching out to me with loved ones who have either passed or in the same situation,” Salfen-Tracy said. “It is such a huge problem we need to face as a country."