Other drinks to avoid include flavored milks like chocolate and strawberry, caffeinated drinks, low-calorie drinks and sugar-sweetened beverages like fruit drinks, soda and sports drinks, according to new health guidelines.

PRINCETON, N.J. - Most children younger than 5 years of age should avoid drinking plant-based milk, including almond, rice and oat blends, according to new health guidelines released by four of the nation’s leading health organizations.

Plant-based milks, with the exception of fortified soy milk, lack the key nutrients found in cow’s milk needed for a child’s early development and are not recommended as a full replacement for regular milk, experts said in the Health Eating Research guidelines.

“Even when these milks have extra nutrients added to them, our bodies may not absorb those nutrients as well as they can from regular milk,” the new guidelines state.

Experts stressed the importance of getting the right amounts of key nutrients found in milk, such as protein, calcium and vitamin D, in a child’s diet — which are “essential” for healthy growth and development. 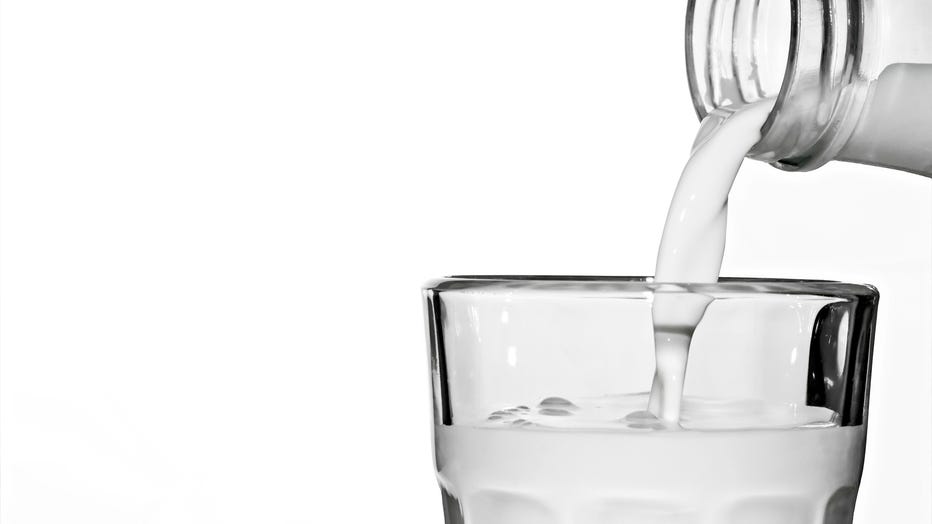 Breast milk, infant formula, water and plain milk were all part of the age-based recommendations for children in new health guidelines. (Photo by Mayall/ullstein bild via Getty Images)

The guidelines also state that unsweetened and fortified non-dairy milks may be a good choice if the child is allergic to dairy, lactose intolerant or “is in a family that does not eat dairy products,” but advised parents to speak with a doctor first.

Other drinks to avoid include flavored milks like chocolate and strawberry, caffeinated drinks, low-calorie drinks and sugar-sweetened beverages like fruit drinks, soda and sports drinks, according to the guidelines.

Infants need only breast milk or infant formula to get enough fluids and proper nutrition, experts say. Babies between 6 and 12 months should still rely on breast milk or formula to meet most of their daily needs. Once solid foods are introduced, parents were advised to try adding a couple sips of water during meal times.

Kids ages 12 to 24 months should drink one to four cups of water each day and can be also introduced to plain, pasteurized whole milk. The recommended amount is two to three cups per day, according to the guidelines. At this age, parents should limit 100-percent fruit juice.

Children 2 to 3 years old should also drink one to four cups of water daily and should transition to plain, pasteurized fat-free (skim) or low-fat (1%) milk, according to the guidelines. They should also limit 100-percent fruit juice.

“From the time children are born through those first few years, beverages are a significant source of calories and nutrients and can have a big impact on health long into the future,” said Dr. Richard Besser, president and CEO of the Robert Wood Johnson Foundation, which provided funding toward the Healthy Eating Research guidelines.

Kids ages 4 to 5 should drink up to five cups of water per day, with the necessary amount varying based on how active they are, the weather and the amount of fluids they get from other drinks or foods. Children at this age should also drink up to 2.5 cups daily of plain, pasteurized fat-free (skim) or low-fat (1%) milk, experts say.