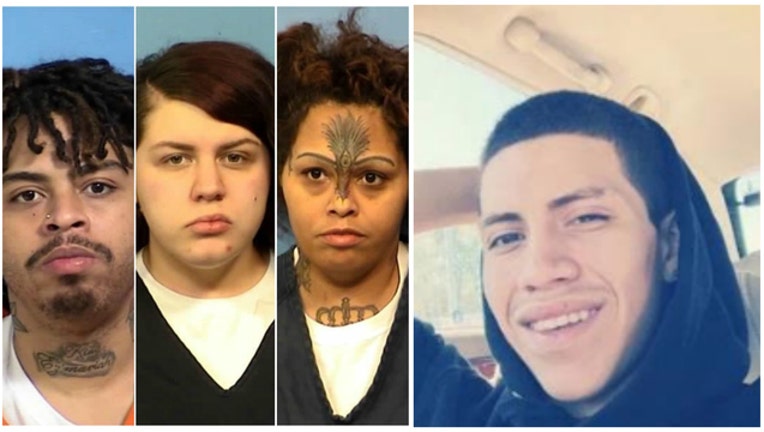 Ernest Collins, his girlfriend Cassandra Green and his mother Candice Jones are accused of the murder of Michael Armendariz, whose body was found in a garbage can in Chicago.

NAPERVILLE, Ill. (AP) - A 22-year-old man, his girlfriend and mother are being held in the fatal shooting of a Naperville man whose body was stuffed in a trash bin in Chicago.

20-year-old Michael Armendariz last was seen Jan. 14, 2018. His body was found May 31 in the garage of a vacant house next to Jones' home. Naperville is southwest of Chicago.

The 22-year-old Collins and Green live in Rockford, northwest of Chicago. They also are charged with burglary.

Collins, Green and Jones are being held without bond. They are due back in court on March 4.