Matthew Buettgens, a senior fellow at the Urban Institute, explains how the unwinding of Medicaid continuous coverage once the public health emergency ends will present certain challenges.

When many think of Medicaid, it may seem like a complex, unfamiliar program. But it plays an essential role in our health care system, serving millions of children, pregnant women, seniors, those living with disabilities and other adults, and its enrollment only skyrocketed over the course of the COVID-19 pandemic.

However, millions of Medicaid enrollees risk losing their coverage once the official public health emergency ends in the United States. One analysis by the Urban Institute, an economic and policy think tank, projects this could be as many as 15.8 million people, depending on its end date.

The analysis, co-authored by senior fellow Matthew Buettgens, aims to highlight the massive scale of coverage transition that awaits — and what happens to those losing coverage. What alternative forms do they have?

Continuous coverage of Medicaid during the pandemic

Medicaid is government-run health coverage provided to people below a certain income threshold, and its expansion was a major cornerstone of the Affordable Care Act.

Prior to the pandemic, U.S. states regularly reviewed the eligibility of Medicaid enrollees, looking at things like a person’s state of residency and income. The income qualification varies by state but in those that have expanded Medicaid, it’s normally available for those who earn up to 138% of the federal poverty line. The numbers are also adjusted by household size — so a family of four earning below $38,295 would qualify for Medicare based on income (if they live in a state with expanded Medicare coverage).

In March 2020, Congress passed a provision in the Families First Coronavirus Response Act that provided increased Medicaid funding to states as long as they met several conditions — which included a "continuous coverage" requirement. This kept states from terminating most Medicaid enrollees’ coverage until after the public health emergency ends, a status determined by the U.S. Department of Health and Human Services.

During this time, Medicaid agencies haven’t been able to disenroll anyone unless they ask to be disenrolled, move out of the state or die — allowing millions of people to stay covered without any interruption during the pandemic, according to the Center on Budget and Policy Priorities.

The HHS has issued COVID-19 public health emergency declarations — which last for 90 days — a total of eight times over the course of the pandemic. The most recent one ends in mid-April 2022.

Health care is often tied to employment in the U.S., and amid the record job loss during the pandemic, many relied on Medicaid during the public health emergency. The most recent data from the Centers for Medicaid and Medicare Services (CMS) shows that enrollment for both Medicaid and the Children's Health Insurance Program (CHIP) soared to 84.8 million as of September 2021, a 19% increase from February 2020.

"One of the most urgent issues for policymakers this year is what will happen to the health coverage of these millions of new enrollees after the HHS Public Health Emergency (PHE) ends," the analysis by the Urban Institute states.

The analysis projects that between 14.4 million and 15.8 million people could lose Medicaid coverage depending on when the declaration ends.

Continuous coverage of Medicaid during the pandemic

Matthew Buettgens, a senior fellow at the Urban Institute, explains how Medicaid eligibility checks were halted during the COVID-19 pandemic in the U.S.

"States will be trying to process a larger number of applications than they ever have," Buettgens said. "That alone may cause some unforeseen issues."

The Commonwealth Fund, a public health policy foundation in New York, also noted how the "massive number of renewals will test the system."

The legislation that enacted the continuous coverage for Medicaid also increased the share of Medicaid costs paid for by the federal government. Buettgens noted how this funding brought more federal money overall into the states than the costs of these new enrollees. However, the boosted funding will expire in the quarter following the end of the public health emergency, which could prompt states to rush the process.

"After the public health emergency, that enhanced federal funding ends about three months later, but the processing for the new enrollment goes up to 14 months," Buettgens noted. "So there is sort of a gap there that may create a financial incentive to process more quickly."

The CMS has shared an array of strategies for continuity of coverage. Daniel Tsai, director of the CMS and CHIP Services, told NPR last month that it has worked with state officials for months to prevent unnecessary coverage loss, including trying to ensure enrollees' contact information is up to date, monitoring rates of unreturned mail, and even conducting "shadow checks" to get a sense of who doesn't qualify, even if they can't disenroll people.

Tsai added that the 15 million estimate provides a "helpful grounding point to motivate everybody" but declined to say whether the Biden administration has its own estimates of how many people could lose benefits, according to NPR.

"I don't think anyone knows exactly what will happen," he told the outlet.

Meanwhile, some have argued that the protections have been in place long enough. The Foundation for Government Accountability, a more conservative think tank, has argued that states can and should begin removing ineligible enrollees from Medicaid without jeopardizing their funding.

"This is the kind of problem that just grows worse every day," Stewart Whitson, a senior fellow with the Foundation for Government Accountability, told NPR of not removing ineligible people. "At the beginning of the pandemic, people were in a different position than they are now. And so responsible legislators and government officials in each state have to look at the facts as they are now." 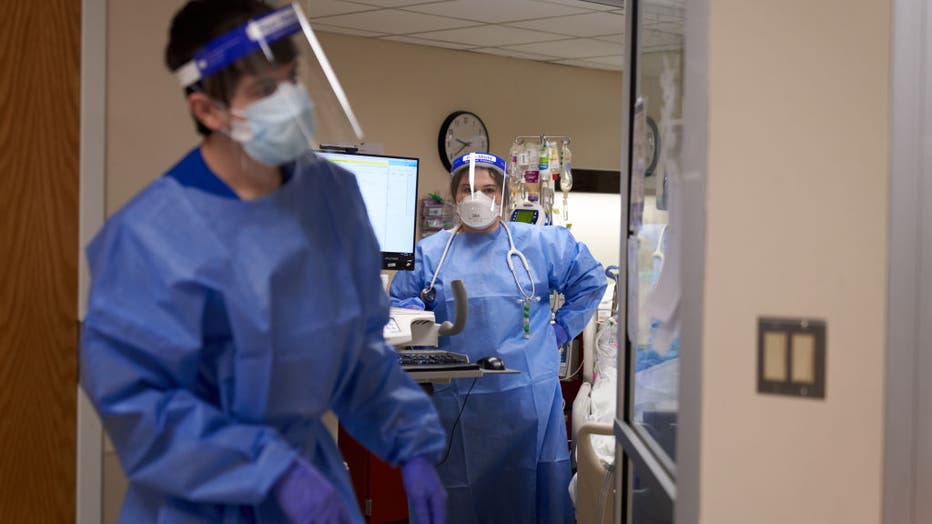 How soon could changes happen?

The federal government has pledged to give the states at least 60 days’ notice before the end of the public health emergency, which this time around officially ends on April 16, 2022.

Meanwhile, current guidance from the HHS also gives states up to 14 months to "return to normal," or process those necessary redeterminations. Buettgens said for Medicaid enrollees, "it could be many months before you’re even tested for eligibility, or a state could do so more quickly."

"We don’t know what different states are going to do. Some states have already started asking people to update their contact information for example or asking them for documentation ahead of time to make that process easier," Buettgens said.

In Ohio, Medicaid officials said no one will be disenrolled without an eligibility redetermination or two failed attempts to obtain verification from the enrollee, according to FOX 8. Ohioans were encouraged to double-check their contact information, especially their current mailing address, via Job and Family Services.

What happens to people who may lose their Medicaid coverage?

Research has shown that lower-income adults and children are at a higher risk of health problems. And having even a short-term disruption in coverage can limit access to medical care and have big implications for families.

But losing Medicaid coverage doesn’t mean someone can’t get insurance, they just need to know what options they have and how to sign up for other sources of coverage. Many will likely be eligible to qualify for subsidized plans on the Affordable Care Act marketplaces, Buettgens' analysis found.

"Coordination between state Medicaid agencies and the Marketplaces is essential to minimize the number of people who become uninsured after losing Medicaid coverage," it states, adding that coordination "will be much easier for the District of Columbia and the 17 states with their own Marketplaces."

States that use HealthCare.gov have limited abilities to coordinate the two programs, so they’ll have to rely on "outreach and enrollment assistance efforts," the analysis says.

It also projects that most people losing Medicaid are likely to have access to health coverage through a family member’s employer, given the improving labor figures. "But these alternative coverage sources, particularly employer coverage, would likely cost the affected families much more than Medicaid," it concludes.