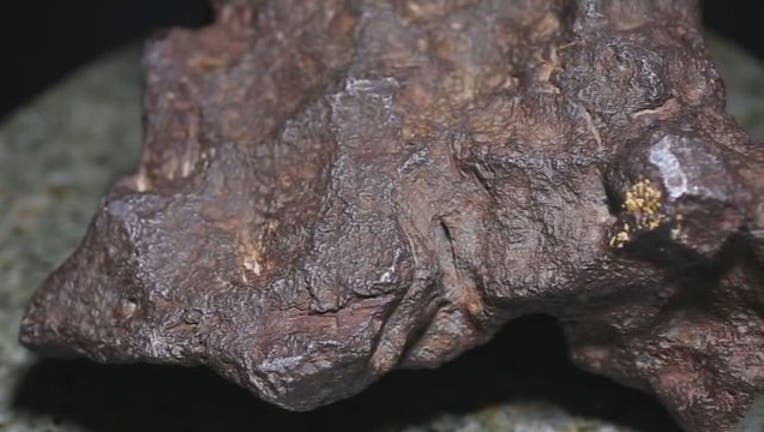 A Michigan man recently learned the rock he's been using as a doorstop for decades is actually a meteorite worth $100,000.

David Mazurek says the rock came with a barn he bought in 1988 in Edmore, Mich. He says the farmer who sold him the property told a tale about his father seeing it fall from the sky and then digging it out of a hole in the 1930s.

Then, in January, when a meteor struck southeast Michigan, Mazurek got curious after seeing reports of meteorite pieces being worth thousands of dollars. So, he took the rock in to Central Michigan University for testing.

Now, the Smithsonian Institution is considering making an offer on the space rock. They say it's worth around $100,000, and is the sixth largest meteorite found in Michigan.

More tests are being conducted to see if the meteorite contains rare elements.

Mazurek says that when he sells the meteorite, he'll donate some of the money to the university.