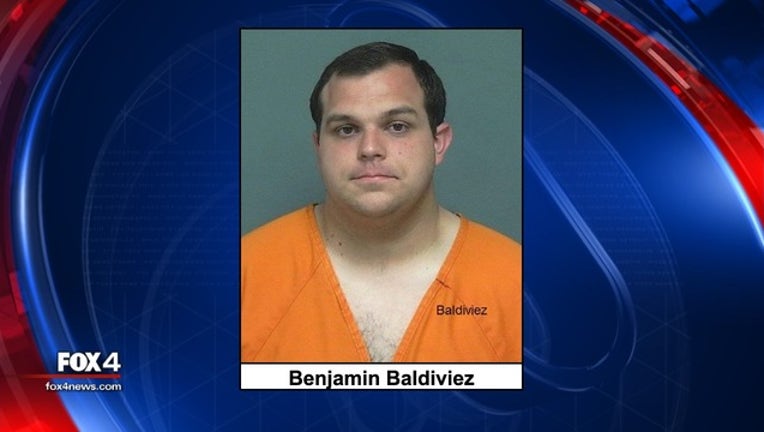 MESQUITE, Texas - A Mesquite Sunday school teacher was arrested after being accused of sexual abuse of a child.

Benjamin Baldiviez, 23, was arrested on March 15 after Mesquite PD received reports of alleged sexual abuse. Police say he sexually abused a child at Parkside Baptist Church between March 2017 and October 2017 and at other places while on church-related events.

Police say Baldiviez was a Sunday school teacher and volunteer at Parkside Baptist Church, where he’s been a member for more than 10 years. Police believe there may be more victims.

Anyone with more information is urged to contact the Mesquite Police Department at 972-285-6336.

Baldivez faces one charge of continuous sexual abuse of a child. He is being held in jail on a $100,000 bond.