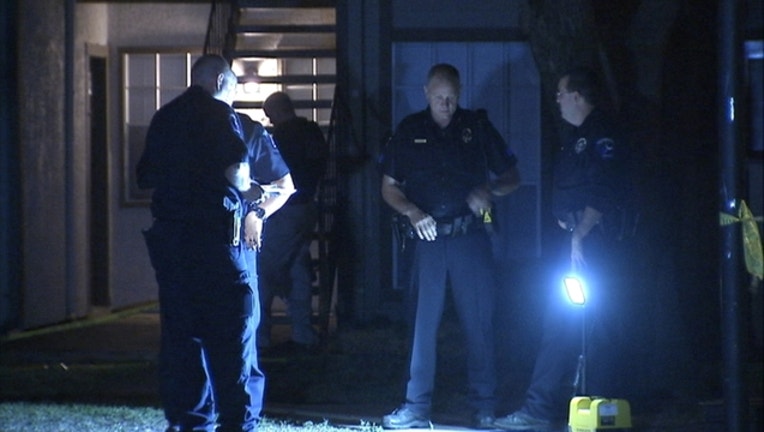 MESQUITE, Texas - Mesquite investigators are looking into what appears to be a murder.

Officers were dispatched to Oates Drive and Wooded Lake Drive just after 9 p.m. Monday because someone called about the sounds of gunfire.

They found a man with gunshot wounds lying on the ground at the complex.

He later died at the hospital.