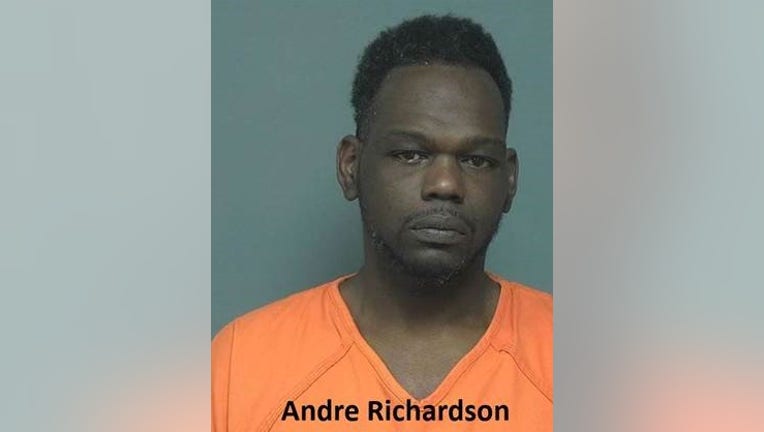 MESQUITE, Texas - A Mesquite man was arrested after police say he threw a 9-month-old baby off a balcony.

Andre Richardson, 40, was arrested Thursday morning at the Mission Fairway Apartments in Mesquite.

Mesquite police say they were called to the location after receiving several calls about a man assaulting several people at the apartment. One caller said Richardson threw a 9-month-old baby off a second-floor balcony.

Police say the baby landed on top of a carport, preventing serious injuries. The baby was transported to the hospital as a precaution.

Richardson is charged with injury to a child, assault bodily injury and resisting arrest.