An unusual fire at a Mesquite apartment complex left one person dead and a firefighter hospitalized. Fire officials say they've never seen something like this happen.

MESQUITE, Texas - One person died and a firefighter was hurt when an oxygen tank seemingly exploded in Mesquite.

It happened late Tuesday night as firefighters were helping a man with a medical emergency at his apartment near the LBJ Freeway and La Prada Drive.

The firefighters were performing CPR and were about to give the man oxygen when the fire started.

They believe something sparked the tank, setting off a fast-moving fire that forced the firefighters to run and get their gear.

One firefighter suffered second-degree burns on his hand. 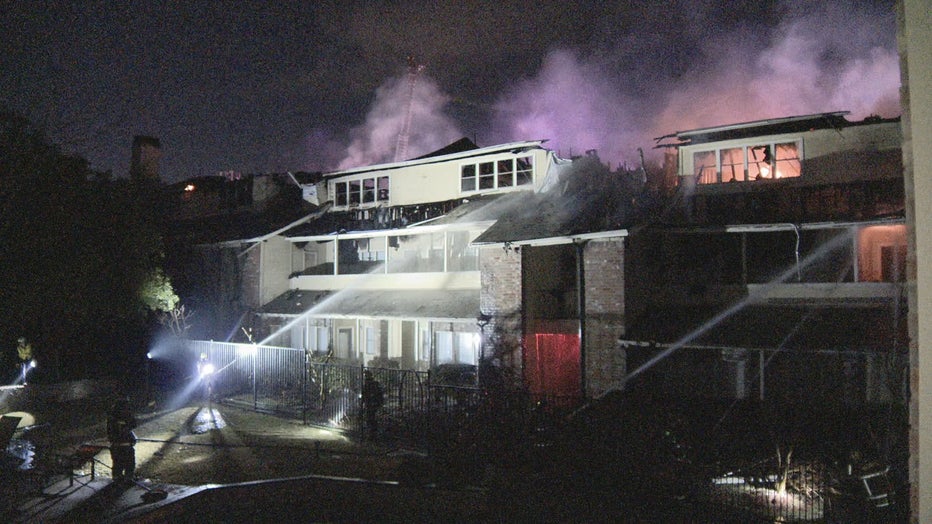 "Somehow, still under investigation, the room flashed. We believe possibly due to the oxygen bottle," said Capt. Jon Moore with the Mesquite Fire Department. "We had crews actually injured and were trying to get the patient out. I’ve been here 30 years and I’ve never had this happen. I’ve never seen this happen."

The man the firefighters were treating did not survive.

The injured firefighter was taken to Parkland Hospital for treatment.

No one else was hurt, but several people lost their homes because the fire destroyed the building.

Investigators are still trying to determine what caused the oxygen tank to explode.