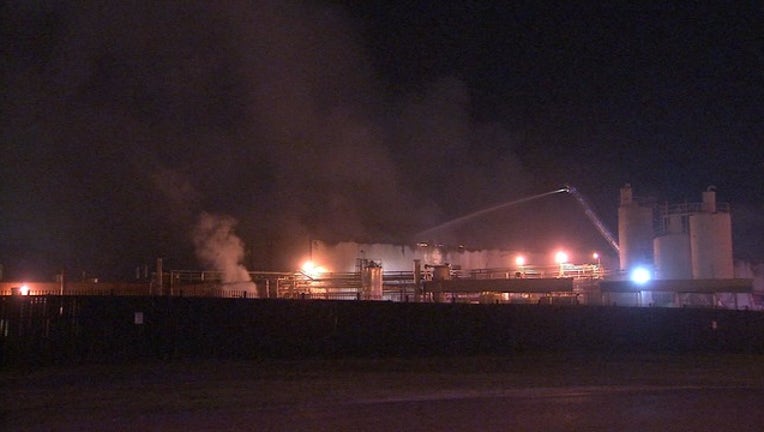 MESQUITE, Texas - Firefighters put out an overnight fire at a chemical plant in Mesquite.

The fire at Fritz Chemicals near Military Parkway and Town East Boulevard started around midnight and was put out an hour later.

Dallas Fire-Rescue sent its hazardous materials team there to help.

Neighbors living downwind of the fire were evacuated as a precaution. They have all been allowed to return home.

Two of the plant's employees were sent to Parkland Hospital in Dallas. Their injuries were reportedly not severe. No firefighters were hurt.

Mesquite fire officials said they are still investigating the cause of the fire.