Her case was featured on FOX 4’s Trackdown last year. In it, police shared surveillance video showing the last time clement was seen alive. Earlier this year, her remains were found. But it wasn't until this week that they were identified.

PRINCETON, Texas - Police found skeletal remains in Princeton that have been identified as a 25-year-old North Texas woman who had been missing for nearly two years.

Earlier this year, her remains were found. But it wasn't until this week that they were identified.

Mercedes Clement was last seen October 11, 2020, after parking her car at the Koko Apartment Complex near Harry Hines Boulevard in Dallas.

RELATED: Family of Mercedes Clement still seeking answers a year after her disappearance

Security footage showed her walking with a man into his apartment. Due to a glitch with the surveillance, investigators said several hours of footage were not captured.

The Princeton Police Department found skeletal remains back on February 13, 2022, at Morning Dove Lane and County Route 477, near Lavon Lake. 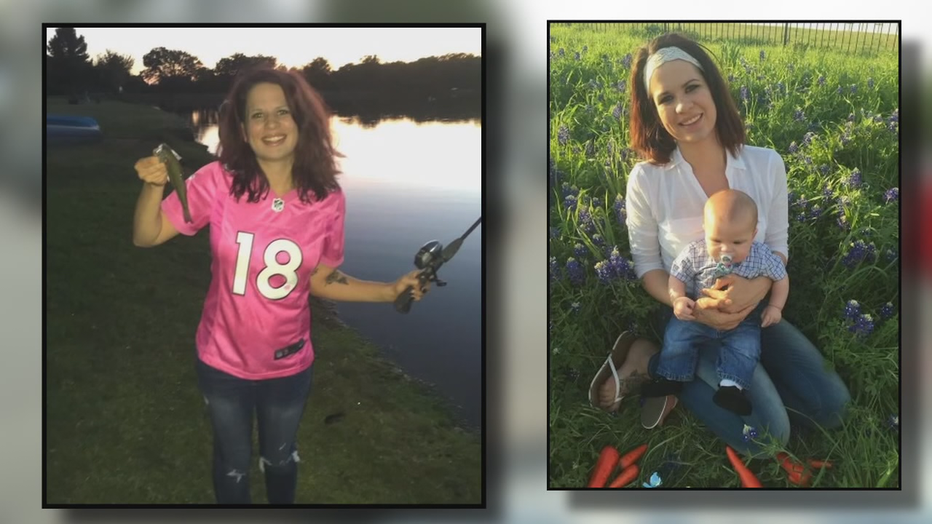 On Monday, the Collin County Medical Examiner’s Office identified those remains as Clement by using a dental record comparison.

"She was seen going into his apartment," said Clement’s mom, Alicia Gazotti. "She was never seen leaving because that video footage went out for eight hours."

Wednesday, police would not confirm whether Losson remains a person of interest. Police said no one has been ruled out. He is in the Dallas County jail for unrelated charges.

"We have an amazing detective team. They all came. All of them showed up together," Gazotti said. "She has a son that I have to raise and explain to for the rest of his life why someone senselessly took her and dumped her somewhere."

6-year-old Darryn is dealing with a loss no child should bear.

Clement’s family says she deserves to be a legacy — not an event. Throughout the two years of pain, they say they’ve felt the support from thousands of people across North Texas.

"We have asked you for two years to love her and to fight for her. And we have begged the community to help us," Gazotti said. "And it would not be fair for me not to ask the community to grieve with us, right? Like, they deserve to grieve, too."

Clement's cause of death has not been released.

Dallas police are continuing to investigate this case.

Anyone with information is asked to call Det. Patty Belew at 214-671-3603 or email patty.belew@dallaspolice.gov.