McKamey Manor describes itself as an “an extreme haunted experience.” But now, a petition calling it “a torture chamber under disguise” has reached over 40,000 signatures in a bid to shut the attraction down.

SUMMERTOWN, Tenn. - McKamey Manor describes itself as “an extreme haunted experience” where guests are promised the most terrifying and mentally exhausting 10+ hoursof their lives. But now, a petition calling it “a torture chamber under disguise” has reached over 65,000 signatures in a bid to shut the attraction down.

Russ McKamey owns and operates multiple locations of the extreme haunted house in Summertown, Tennessee, and Huntsville, Alabama, where he requires visitors to fulfill a long list of requirements, including a 40-page waiver and the completion of a physical exam. The price of admission: a bag of dog food.

Visitors must also follow strict guidelines which include no cussing, drinking, smoking, running, eating, or touching the actors or props. While a safe word allegedly promises a prompt exit from the intense experience, the petition called “Shut down McKamey Manor” claims otherwise.

The petition alleges that McKamey specifically targets people he deems “most easily manipulated.”

“Previously no safe word was allowed, he changed that but there’s been reports that the torture continues even when people repeat their safe word for several minutes,” the petition reads.

One man was allegedly “tortured” so badly, it wasn’t until the workers thought they had “killed” him that they finally decided to stop. 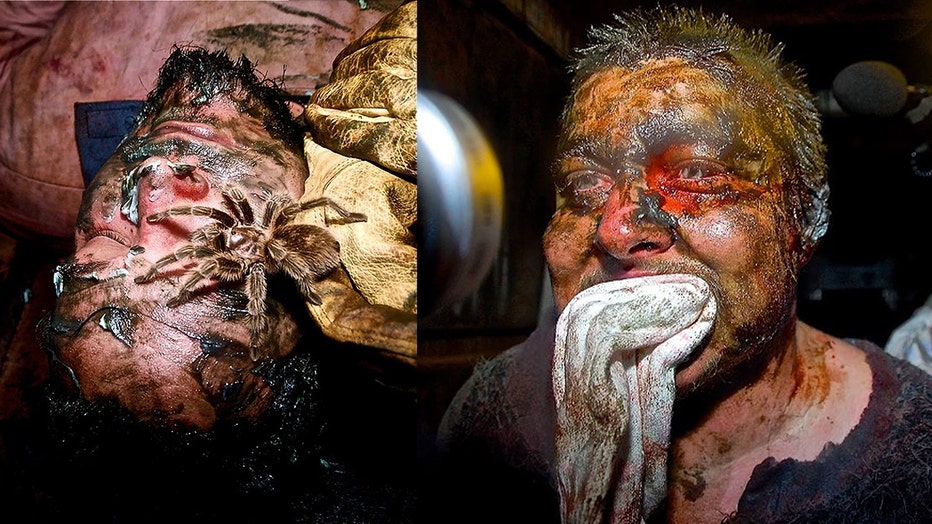 A petition has been created to shut down McKamey Manor, calling it "torture under disguise."

One Reddit user wrote that the reason McKamey doesn’t accept any money is because “he only desires the footage of what he puts his ‘customers’ through. His payment is having footage of people crying, throwing up, having mental breakdowns and begging for him to let them go.“

The user added that McKamey has admitted to exclusively employing people with “touchy pasts” including some with felonies for violent behavior, claiming that the employees gain some form of gratification out of harming people.

Another user leaked a portion of the alleged waiver that apparently says that visitors risk "death, stroke, traumatic brain injury," and dozens of other injuries on the tour.

So far, McKamey says no one has completed the tour, even though he promises to pay $20,000 to anyone who can sit through roughly 10 hours of this real-life nightmare.

The haunted attraction’s original location in San Diego, California closed down and eventually moved to one of its locations in Tennessee where the new attraction didn’t appear to be a favorite of local law enforcement or residents.

The San Diego Union-Tribune reported that in 2017, Lawrence County sheriff’s deputies in Tennessee responded to a screaming woman being dragged by two men from a car into the newly established McKamey Manor.

The deputies quickly learned that the abduction was staged, but incidents like these have made the local community uncomfortable, and authorities have been working to shut down the operation ever since.

While the website for the tour claims that only people who pass an extensive medical background test are permitted, “10 minutes of getting duct tape wrapped around your head, forced to eat things, be waterboarded & forced underwater,” is something writers of the petition allege cross a line.