Dallas Mavericks owner Mark Cuban is one of the people on the long list of sports and business leaders who will be helping the president get the economy back on track.

The group will advise the White House on when and how Americans and businesses can start returning to normal.

The president also named Cowboys owner Jerry Jones. Apple CEO Tim Cook and Mark Zuckerberg are also on the list. They are part of a list of some 50 heavy hitters pulled from a variety of professional backgrounds. 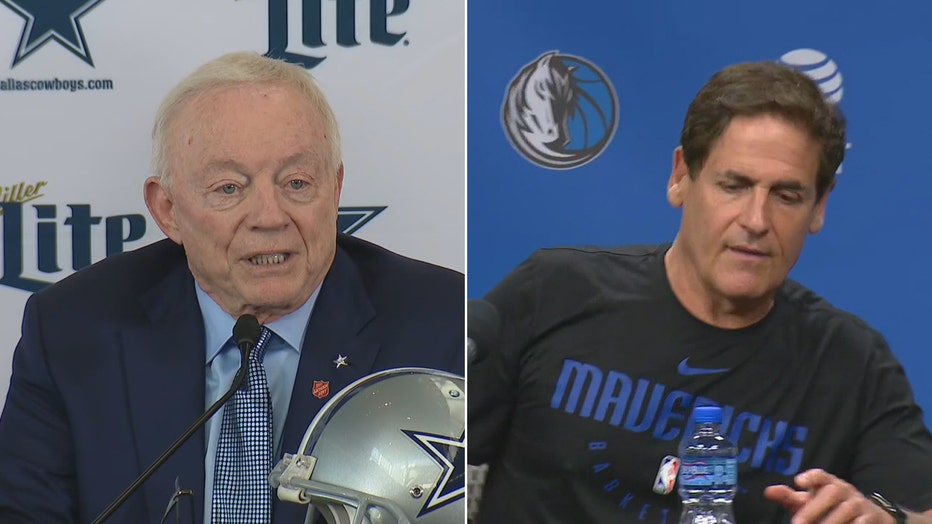 Appearing on FOX News Wednesday morning, Cuban said he's excited to get to work. The role of each participant, including a former secretary of state and several tech CEOs, has yet to be determined.

“I think the biggest mistake we can make is rush to a decision, but I will help him in any way I can whatever he needs me to do,” Cuban said. “By bringing in the best of the best and hopefully with all that brainpower, we'll come up with an alternate approach, taking those steps to get the economy open.”

Cuban is an interesting choice after just recently stating he hasn’t ruled out a very late third-party run for president against Trump, whom he has criticized in the past.

SMU Economics Professor Mike Davis says diversity is key, adding that it's imperative that the advisory council's knowledge and recommendations be shared from the top down.

“It's not just the president who needs the counsel of these advisors. It's the governors. It's at the county and state level,” Davis said. “You want geographic diversity too because what works in Texas is different than Seattle or New York.”

Davis says Cuban and Jones are good picks. They are smart men who are savvy in public relations. He says the bottom line is the group has a lot of hard work ahead of them. Hopeful Americans will be watching.

“The problem is if we open up to early and get another bad bout of the virus, then we've accomplished nothing,” Davis said. “We've wrecked our economy and haven't solved the problem of the virus.”

The commissioners of baseball and basketball are also part of the president’s panel. Trump emphasized the importance of bringing sporting events back.