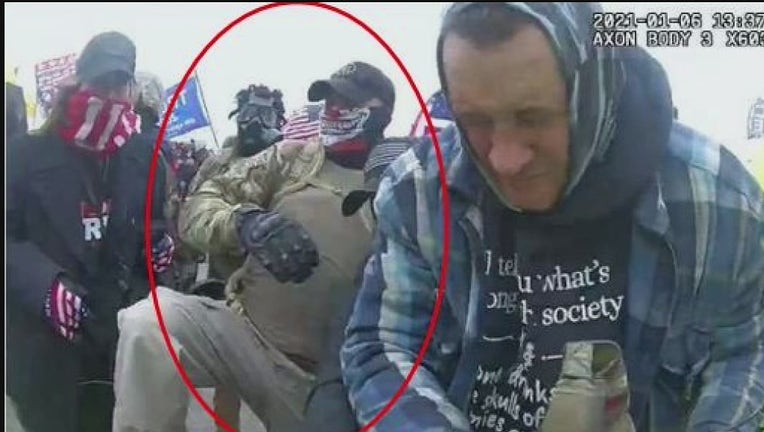 MANSFIELD, Texas - The self-proclaimed president of a North Texas militia group was sentenced to more than four years in prison for his role in last year’s U.S. Capitol riot.

Lucas Denney of Mansfield was convicted of assaulting officers during the Jan. 6 attack.

Denney is a former military police officer who called himself the president of the Patriot Boys of North Texas.

He stormed the Capitol wearing tactical gear and a clown mask.

Earlier this week, another North Texas man, Daniel Ray Caldwell from The Colony, admitted to assaulting more than a dozen law enforcement officers with chemical spray during the riot. He will be sentenced in February and faces up to 20 years in prison.

Also, Oath Keepers founder Stewart Rhodes from Granbury is preparing to face a jury in one of the highest profile Jan. 6 trials yet. Jury selection for his trial began earlier this week.