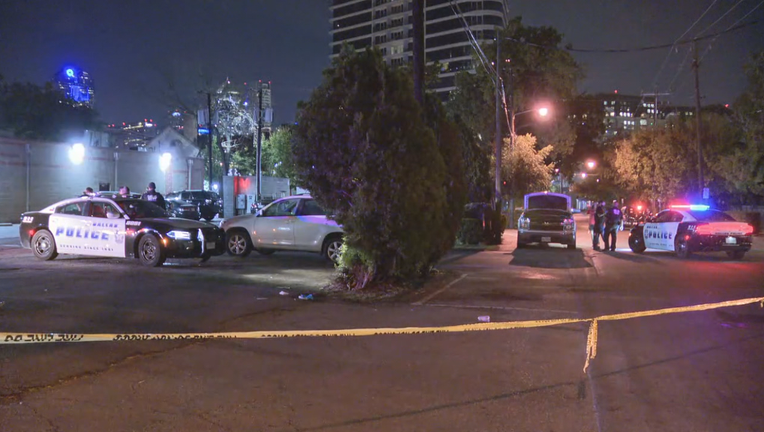 DALLAS - A man is in critical condition after a shooting in Uptown Dallas.

Early Friday morning, police said the man was shot by someone in an SUV behind a convenience store on McKinney Avenue, north of Routh Street.

According to police, the victim was walking with a group of people, when he started recording video of a suspicious vehicle.

Someone in that vehicle saw him recording video, and opened fire at him.

The man was taken to the hospital with a gunshot wound to the neck. Police said he is in critical condition.

A second man was shot in the foot.

The person in the SUV drove off, and police said they have no suspects in custody at this time.