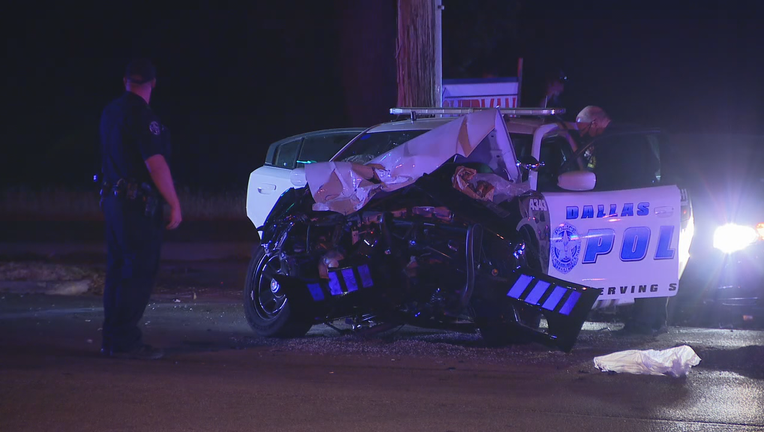 DALLAS - A 59-year-old man who had a woman and two children in his vehicle was arrested for DWI after crashing into a Dallas Police Department squad car Wednesday night.

The crash happened just before 8:30 p.m., as two Dallas PD officers were responding to a call in a marked police vehicle.

The officers were eastbound on W. Ledbetter Dr., before starting to turn left onto Marsalis Ave. during a protected green arrow.

That’s when police said a 2001 Chevy Blazer, which was driven by Eddie Goss and had three other passengers inside – a 21-year-old woman, a 4-year-old, and a 2-month-old – went through the red light and crashed into the police vehicle.

The Chevy also crashed into another vehicle that was stopped at the red light.

Both officers were taken to a local hospital with non-life threatening injuries. No other injuries were reported.

Police said Goss was given a field sobriety test, and then arrested for DWI with children in the vehicle.