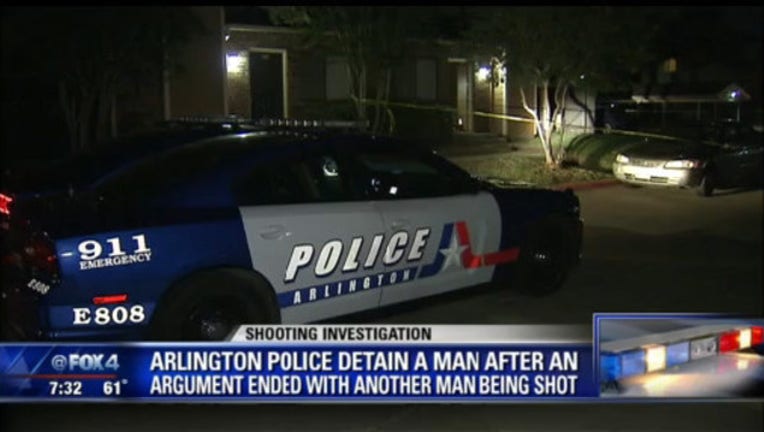 Arlington police arrested a man suspected of shooting and killing another man.

Saturday night around 7:30, officers were called to an apartment complex near I-20 and Highway 360 in the 3600 block of Covey Drive.

An argument between the two men ended when the shooter pulled a gun and opened fire. The victim was shot multiple times, Arlington police said.

Several witnesses were taken to the police station to be interviewed. The incident is still under investigation, police said.