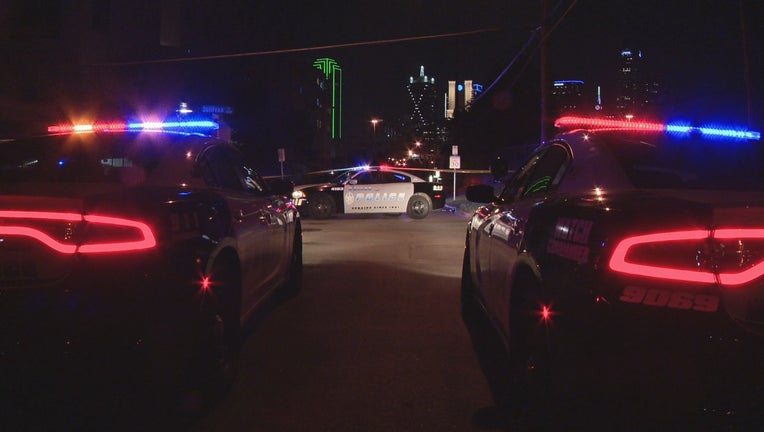 DALLAS - A man was shot to death at an apartment complex in The Cedars area, south of Downtown Dallas.

It happened around 11 p.m. Sunday at the Bellevue Apartments on Bellevue Street.

Police said a man in his 20s was sitting on the steps outside the building when someone walked up and shot him.

Witnesses heard the shots and then saw the victim on the ground and people running away.

The man died at the hospital. His name has not yet been released.

Police are now looking for security video and trying to determine a motive for the murder.