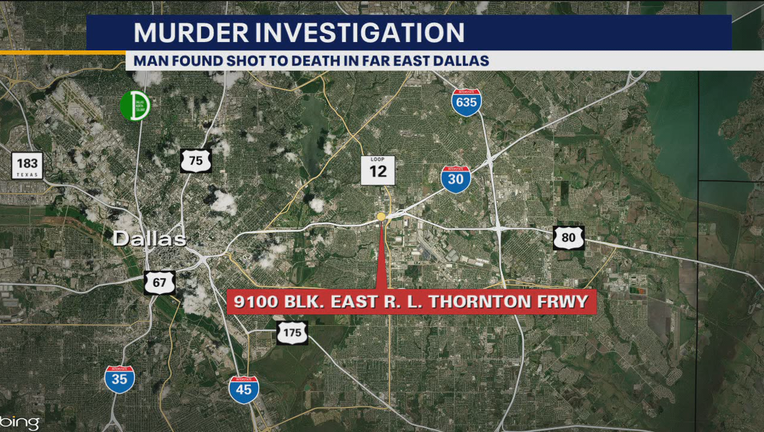 DALLAS - A man was found shot to death outside a strip club in Far East Dallas.

Officers spotted Francisco Rodriguez Sunday morning in an alley behind the Tiger Cabaret, which is near Interstate 30 and Buckner Boulevard.

Crime Stoppers is offering a reward of up to $5,000 for tips that lead to the killer being arrested and indicted.