The Denton County Sheriff's Office still has not released any new details about Monday’s shooting involving one of its deputies.

SANGER, Texas - The Denton County Sheriff's Office still has not released any new details about Monday’s shooting involving one of its deputies.

It appears the armed man, who was killed by a deputy, was crashing at a home in Sanger. There were also children inside the home when deputies arrived on the scene.

A spokesman for the Denton County Sheriff’s Office says the sheriff was busy attending to other business on Tuesday and did not have time to update the media on the deadly officer-involved shooting.

A man, who didn’t want his face shone or his name used, lives in the Denton County home located off View Road where sheriff deputies tracked down a fugitive Monday afternoon who was wanted on a felony warrant out of Florida. 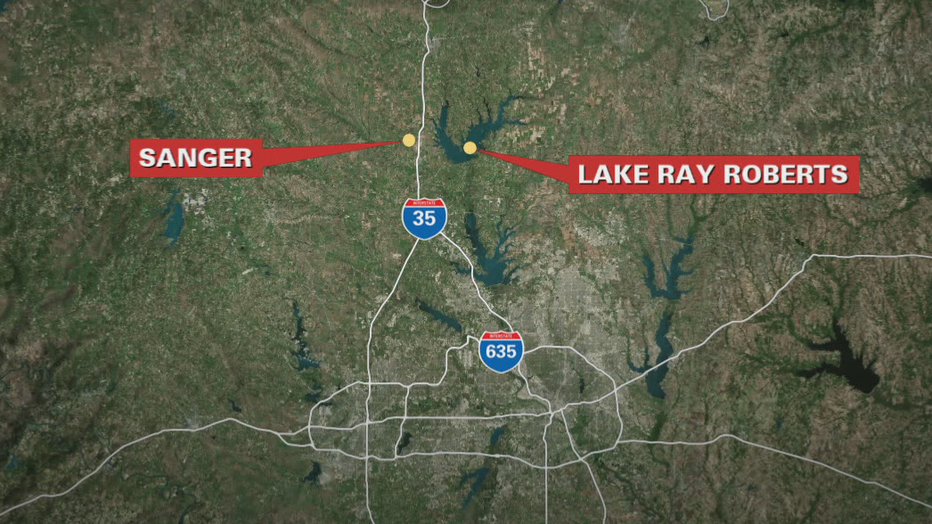 “They just said he had a felony warrant for assault on a public servant,” the man said.

The man says the suspect was the boyfriend of a female friend he allowed to stay at his home a few days.

“When the girl came around the corner, she lied to them and told them he wasn’t here and they knew he was here,” he recalled. “When that happened, that’s when they drew their guns went into the bedroom. You could hear a big crash, and that was him going through the window. He took off running, and all we heard was gunshots next.”

According to the Dallas County Sheriff’s Office during the foot pursuit with warrant deputies, the suspect displayed a handgun. He was ordered to drop the gun. When he didn’t, a warrant deputy fired his duty weapon and hit the suspect.

Steve Crump lives right across the street. He didn’t see the shooting but says he saw the suspect lying on the ground in front of this shed.

“They stopped him right in front of my house where the yellow tape still is,” Crump recalled. “After that, it got pretty quiet. A lot of the cops were around doing their job.”

The suspect was pronounced dead at the hospital. Investigators spent hours processing the crime scene.

A DCSO spokesman says the warrant deputy who fired his weapon was likely wearing a body camera and will be placed on paid administrative leave pending the outcome of the investigation.

The man shot by the deputy was pronounced dead at the hospital. His identity still has not been released.

The deputy’s name has also not been released.