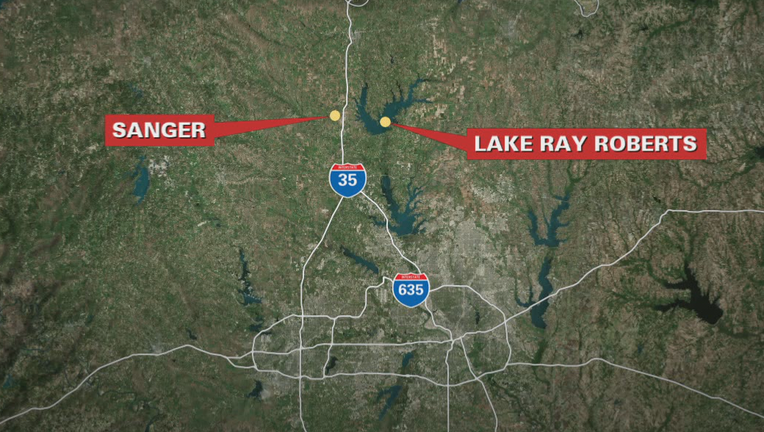 The incident happened about 5:45 p.m. on view road in Sanger, just west of Interstate 35.

The sheriff's department said deputies were serving felony warrants out of Florida in Sanger, just north of Denton, when the suspect jumped through a window and ran.

The sheriff's department says deputies ran after the man and that he pulled out a handgun and ignored deputies’ commands to drop the weapon.

The suspects name and the specifics on the warrants have not been released.