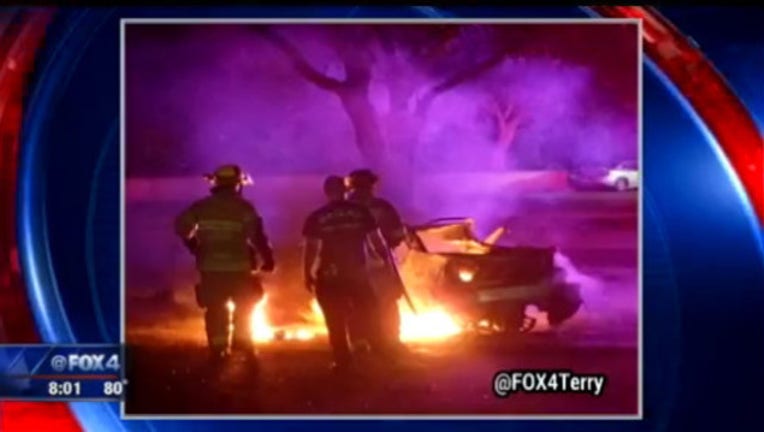 Dallas police are investigating whether a driver who crashed his car in downtown Dallas was involved in a crime prior to the crash.

The driver of a BMW was speeding when he attempted to make a turn onto Market Street Boulevard from Harry Hines. He lost control, hit a tree and rolled the car several times before it burst into flames, police said.

After firefighters put out the flames, they found a large amount of cash, police said.

The driver was taken to a hospital in serious condition.