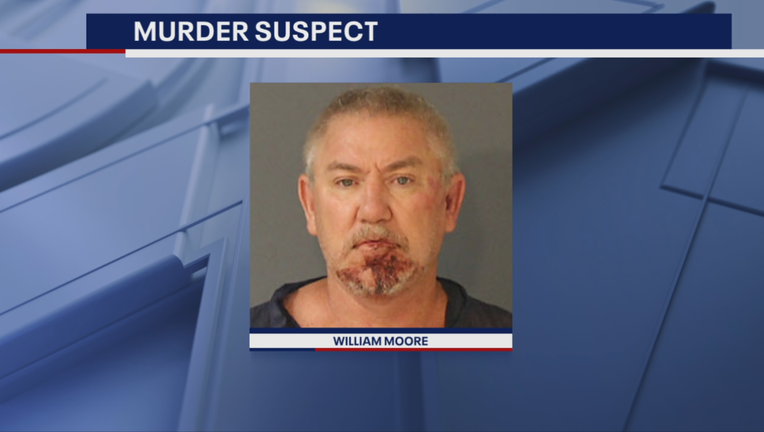 DESOTO, Texas - Desoto police arrested a 58-year-old man in the fatal shooting of his son after his grandson went to a neighbor’s house to report the deadly shooting.

A neighbor had called police after a child came to their home and said his grandfather had just shot his father.

Officers used a ballistic shield for protection as they entered the home.

Police said Moore told them his son, 38-year-old Elijah Moore, was dead inside the home.

Officers continued to search the home and found the victim, along with a handgun, in a utility room with multiple gunshot wounds.

After speaking with the suspect and the victim’s son, police determined that Bill Moore shot his son after the two got into a fight.

Moore has been charged with murder.

The victim’s son was not injured, and since there were no other family members present, he was put in Child Protective Services custody.