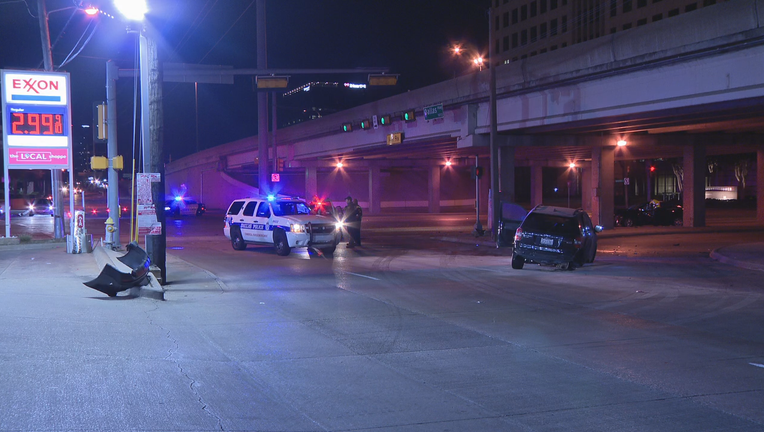 DALLAS - Dallas police said a man was arrested for DWI after a crash in Far North Dallas early Sunday morning that sent two people to the hospital.

The wreck happened just before 12:30 a.m., when police said the driver of a black Nissan Altima ran a red light and collided with an SUV along Dallas Parkway, just south of Belt Line Road.

Two people were taken to area hospitals, but their conditions were not released.

Police said the driver of the Altima, whose name has not yet been released, was arrested for DWI.