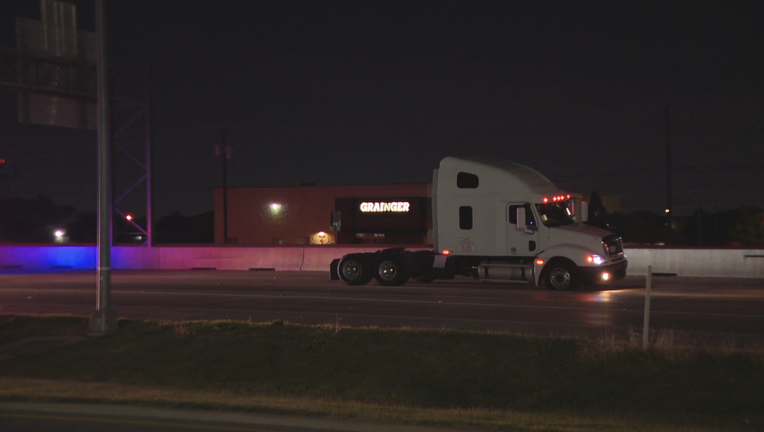 FORNEY, Texas - Kaufman County Sheriff's Office deputies arrested a person who they said stole the cab of an 18-wheeler.

As it headed west, police from Sunnyvale and Dallas joined in the pursuit.

Police used spike strips, and the driver finally stopped, just after 3 a.m., along I-35, near Belt Line Road in Carrollton.

The driver, whose name has not yet been released. was taken into custody.