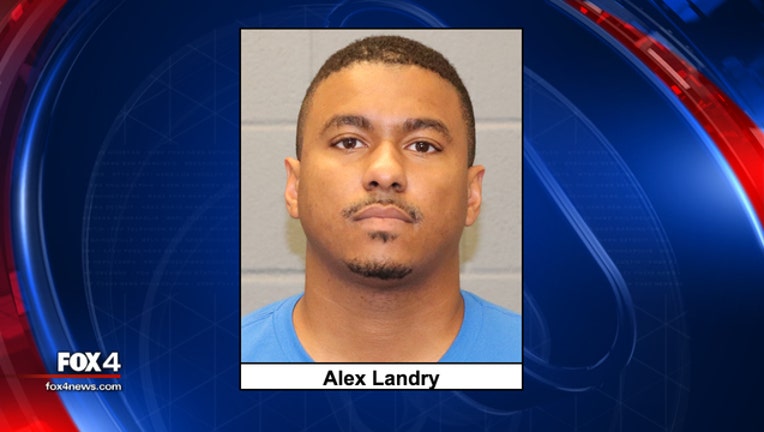 GRAPEVINE, Texas - A man who worked as a loss prevention officers for Burlington Coat Factory in Grapevine Mills Mall is facing charges for sexually assaulting a woman he caught shoplifting.

Grapevine police arrested 29-year-old Alex Landry at his apartment in Arlington on Thursday.

Last month, a woman told police Landry caught her stealing items from Forever 21 in the mall. She said he took to his office inside Burlington Coat Factory, took pictures of her with his phone and coerced her into sex to avoid arrest.

They also found photographs of multiple women in Landry's office. They believe these women could be additional victims​​​​​, police said.

Landry is being held in the Tarrant County jail. His bond was set at 25,000.

Grapevine Mills Mall officials say Landry was not employed by them but was hired by Burlington Coat Factory.