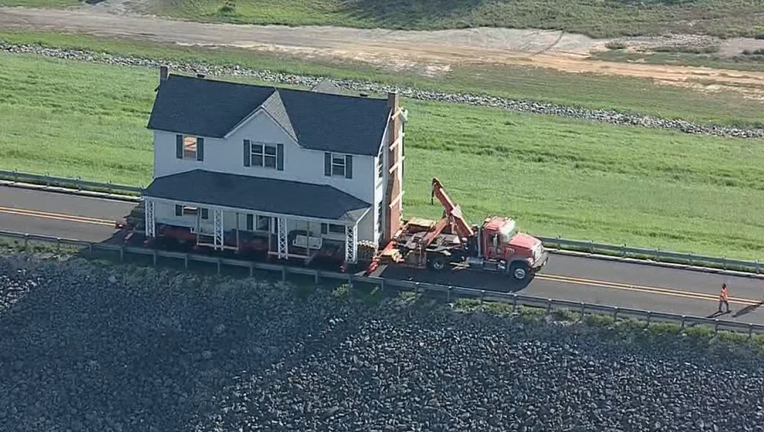 GRAPEVINE, Texas - Lighter than normal traffic on North Texas roads made it easier for a big move.

On Thursday, the city of Grapevine moved the 114-year-old historic Roberson farmhouse to a new location in the historic Grapevine Township.

The house, which was built in 1905 and originally located in Flower Mount, served as the center of a large farming operation.

The Roberson’s farm covered 400 acres on the north side of Denton Creek and became part of Grapevine Lake in 1947.

It is a significant part of the development of the city of Grapevine.

Once moved, it will be restored.